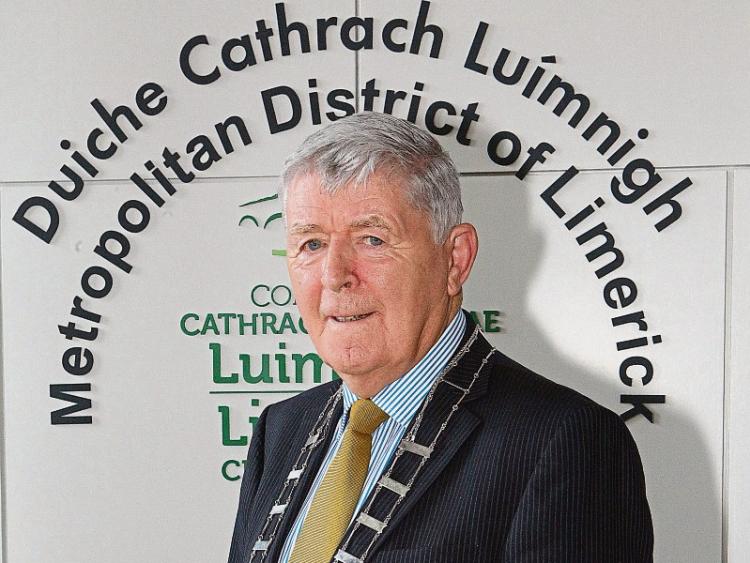 Cllr Michael Hourigan was elected after securing 11 out of 19 votes PICTURE: Dave Gaynor

Cllr Michael Hourigan has been elected as Mayor of the Metropolitan District of Limerick.

The Fine Gael Councillor, who succeeds Cllr Jerry O’Dea in the role, was nominated by his party colleague, Cllr Michael Sheahan and seconded by Cllr James Collins of Fianna Fail.

Following his election, Cllr Hourigan called on all members of the Metropolitan District to work together over the next twelve months for the good of the city centre.

The new mayor, who has ten grandchildren, said there have been major changes within the council in recent years and that he will work “hard and diligently” during his term in office.