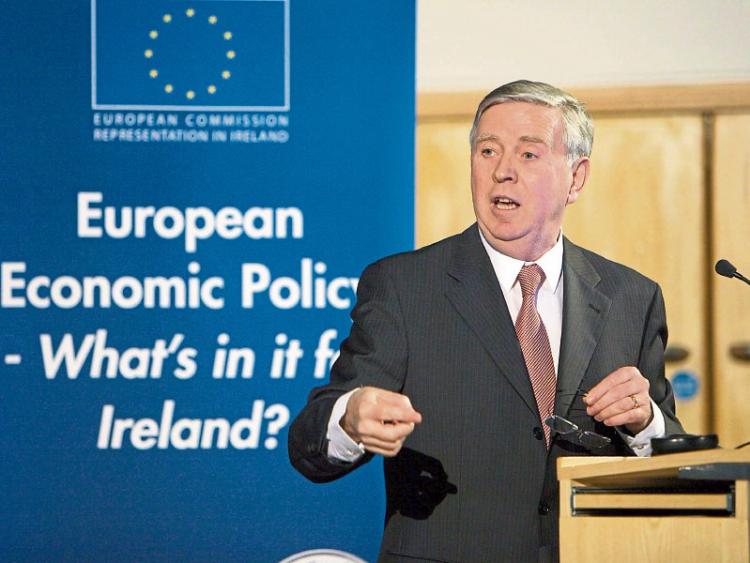 FORMER president of the European Parliament and Limerickman Pat Cox has expressed "disappointment and regret" over the UK's decision to leave the European Union.

While stressing it was "premature" to make assumptions about the possible negative knock-on effects for the Republic of Ireland, Mr Cox said that there were a number of "consequences" that the Mid-West region and the country might face.

He said indigenous industries in the agriculture, food, and drinks sectors, and small and medium enterprises will be "more exposed to uncertainties, currency fluctuations and the impact of slower growth in Britain" as a result of the 'Brexit' vote.

“Depending on all of these migration border control issues resolve themselves — it’s too soon to say when that may be — there is a possibility that, either on the north-south basis or on an east-west basis, some kind of new measures could come in. And I think trying to speculate it to the end point might be too premature,” he told the Limerick Leader this Friday.

“The larger part of our trade, in European terms, is with the non-United Kingdom European Union, which takes about 40% of our trade. But the UK takes about 15% of our trade. In that, there are some sectors that depend more than proportionately on the UK, in particular the Irish food, agriculture and drinks sector. They depend very heavily on the UK market," he explained.

Mr Cox, who was a member of the European Parliament (MEP) from 1989 to 2004, said that the Irish people will have "to respect the result, even if we might find its logic complicated or confusing".

He said that the Brexit debate consisted of more discussion about "Britishness than simply about what it is to be in the EU", and that the UK has less experience than Ireland in the referendum process.

“We have had 10 referenda in the Republic of Ireland related to the EU, the ECC and the various treaties. I have been involved in most of those in a very direct way in campaigning.

“And to tell you the truth, in spite of the number of campaigns, the amount of literature, or the constancy of the debates, each time it feels a little like the movie Groundhog Day, where you start over as if you were never over the course before. Trying to get the subtle detail of the EU arrangements across to a very broad massive Republic is a real challenge..

When asked if this would influence a similar referendum in Ireland, he said that it would be "suicidal” for Ireland to add to the uncertainty at this moment.

"What we need to do is to box clever to make sure that our Europeanness and our bilateral interests with Britain works out in a way, where we minimise the risks to our interests and maximise our opportunities,” he said.

In a statement, finance minister Michael Noonan has said that he will “maintain Ireland’s economic ties with the UK during their negotiations of a new relationship with the EU”.

“Today is the start of a process. The UK remains a full member of the EU and will continue to remain so until the arrangements for its withdrawal have been completed,” he said.

“I would like to assure you that I will be working to ensure that throughout this process we will seek to support the continuation of the important and mutually beneficial economic ties that exist between the UK and Ireland.

“I spoke this morning with the Governor of the Central Bank of Ireland. The Governor advised that the Central Bank is confident that the appropriate contingency measures are in place to address any immediate issues of financial stability that may arise. As part of the Eurosystem and the Single Supervisory Mechanism, the Central Bank will closely monitor the market impact and banking sector in the coming days and will liaise closely with my Department.”

“I also spoke this morning with the Chief Executive Officer of the National Treasury Management Agency (NTMA). He confirmed that the NTMA has prepared for this as it is well funded for this year and our debt dynamics are improving.”