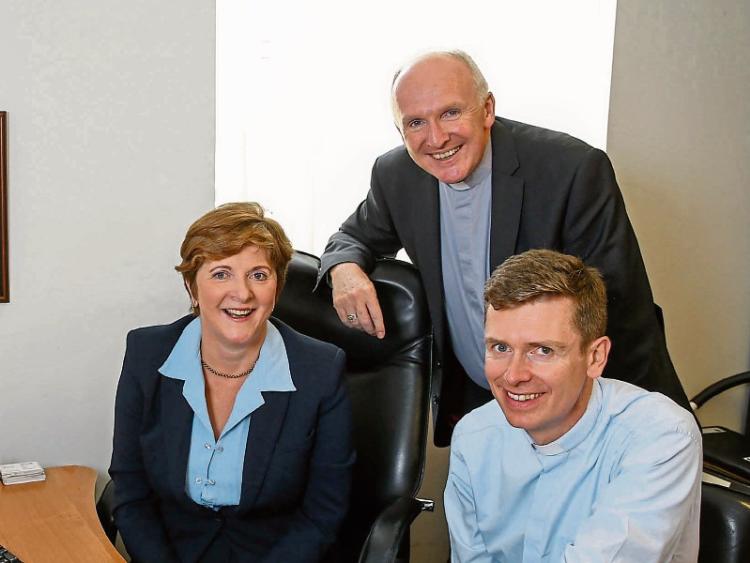 AS one era ends at Limerick Youth Service, another begins for the Diocese of Limerick, as Catherine Kelly takes up the role of first lay manager of the administration.

Ms Kelly, CEO of the Youth Service since 2002, is to take over from the Rome bound Fr Paul Finnerty as Diocesan Secretary and general manager.

The appointment comes on foot of the recent Synod, which discussed the role of women, with Bishop Brendan Leahy stating beforehand that it must find a way for women to play a role at an executive level in the organisation’s hierarchy.

Ms Kelly, a native of Cobh who joined the Youth Service in 1984, said she was “very honoured that they (the Diocese) trust me to take on such a role”.

“I  am honoured to be the first lay person in such a role and to be placed in a position of such trust by the Diocese. I've always been hugely impressed by the vision in the Diocese and I see this position as part of implementing some of the key areas voted on and agreed at the recent Synod.”

As the first non-clergy appointment to the position it is a significant move, but Ms Kelly downplayed the significance of being the first woman to inhabit the role.

“I would hope to think that it just happens that I am a woman. I have been working in leadership for a long, long time, and it wasn't because I was a woman, hopefully I am bringing the skills that they need to this role.”

She has previously been chairperson of the Safeguarding Children Committee for the Diocese and said that she had “learnt more from the Diocese around safeguarding than I ever learnt from the youth sector, even nationally”.

Bishop Leahy said she was “a fantastic addition”.

“She has a proven track record in management and showed great leadership in her time with the Limerick Youth Service. The post she is taking on is an extremely busy one.”

Ms Kelly said she was hoping to engage with young people in the new role who “are critical to the Church, the present and future”.

“I know there is great youth ministry going on, so I look forward to working with the staff and volunteers, I think to create more synergy between youth ministry and the Diocese and the youth work in the Youth Service, because we are working in a lot of the same communities.

“I really would hope to encourage more young people to become involved and to see how the Church can be fun and participative for them.”

An aging clergy population is putting pressure on the Church worldwide and Ms Kelly said she had already been approached by lay people indicating that “that they are willing to volunteer in some aspect of the life of the Diocese and there is just that openness amongst people.

“I think the Diocese is very proactive in that. The Bishop is very open and proactive and very decisive and people are brought along with that and they are willing to offer their own skills and expertise.

“I look forward to a continuation of the clergy leading the Diocese, but huge involvement of leadership and involvement of volunteers of all ages right across and openness to the need for change and enacting change.”