Three day event will be of similar scale to Granny visit 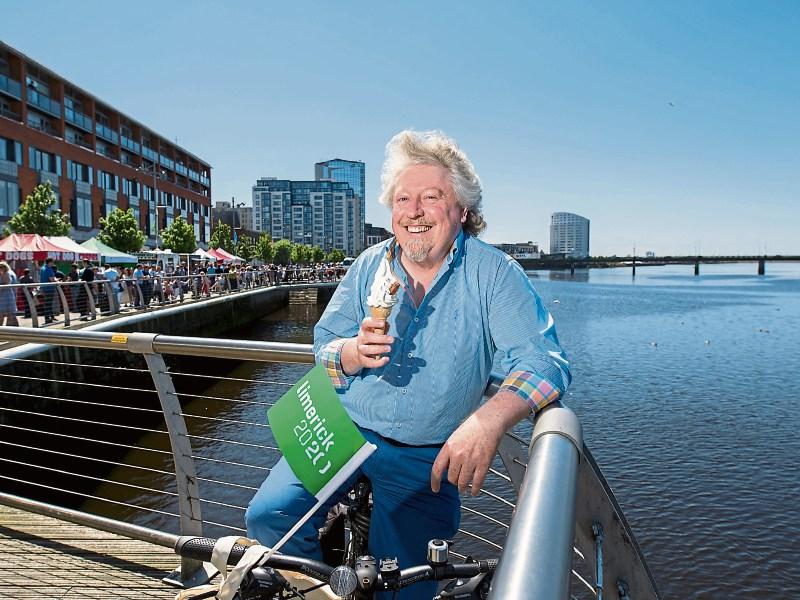 A MASSIVE street spectacle costing €1.8m and attracting an audience of 200,000 people will form a centrepiece of Limerick’s 2020 bid, if it is successful, the Limerick Leader can reveal.

Lifting the Siege will take place over three days on a scale similar to Royal de Luxe’s Giant Granny show for City of Culture in 2014.

Walk the Plank, a UK group specialising in outdoor theatre, will work with aerial dance company Fidget Feet, plus several other partners - including the Northside Misfits drama group - to bring the show to the city as a flagship event for the European Capital of Culture (ECOC), starting in Moyross and culminating in “a massive city wide performance” in April of 2020.

Bid director Mike Fitzpatrick said it was about “imagining a spectacle on a scale that we had done previously with Royal de Luxe”.

Deputy bid director Sheila Deegan said it would be “a flagship event, but in the same way that Granny came to town, we will actually be creating something that comes out of Limerick, into specific areas”.

The completed bid document was handed in last Friday and a four person team representing the European Capital of Culture 2020 jury panel will visit Limerick on July 12. They will be brought on a highly choreographed eight hour whistle stop tour of the city.

Two of the ten person panel – accompanied by a EU Commission official and a counterpart from the Department of Arts – will visit Limerick a day after Galway and a day before running the rule over the Three Sisters’ bid – consisting of Waterford, Wexford and Kilkenny. Then, on July 14, a team from Limerick will make a presentation over two hours to the panel at the National Concert Hall in Dublin, with the winning city to be announced on July 15.

Estimates vary, but the accepted wisdom is that the ECOC designation – to be awarded jointly to an Irish and Croatian city in 2020 – is worth around €170m to the winner. The EU will award roughly €1.5m at the end of 2020 but the bulk of the cost must be underwritten by the host nation.

Limerick’s 2020 team this week filed its second and final ‘bid book’ with the EU Commission, which regulates the process. The 100-page document, seen by the Limerick Leader, is called ‘Belonging – Limerick 2020’ and opens with the line: “Limerick is creating a sense of belonging in Europe”.

There is a total of 40 events listed, all budgeted and boasting at least one, and in many cases, more than one European partner – but the likelihood, bid director Mike Fitzpatrick said this week, is that there will be upwards of 200 events taking place in 2020, if succcessful. A budget of €37m over four years – weighted at about two thirds towards programming – has been assembled, with artistic programmers Mary Coll, Jurgen Simpson and Niamh Bowen putting together an ambitious list of events.

The massive street spectacle called Lifting the Siege – on the scale of Royal de Luxe, but markedly different – will be one of the flagship events, costing €1.8m and attracting an estimated audience of 200,000 people. It will start in Moyross and culminate in the city.

Typically an ECOC city would have five to eight such “really big” events in a year, Mr Fitzpatrick said. A beefed up Eva International will be another flagship event.

The 2020 bid director said he was “confident” that Limerick would connect with Europe. Feedback from the initial stage suggested that Limerick needed to work harder to do that with its programming.

“It is now a really exciting artistic programme,” said Mr Fitzpatrick. “It has really connected us to Europe, our thinking has changed. The journey from bidding to now is that now we are absolutely sure, we actually feel that we are part of Europe and we believe that our ECOC, if designated, would make a strong contribution to its history, which is a strong statement.

“Our goal now is creating belonging. It seems very simple, but it is a key moment for Europe as well as Limerick.

“The Limerick 2030 strategy sets out a vision to be an international city, a European city and I think we have reached that stage in some ways, so we have been successful.

“In terms of the quality of the bid, judging by the reaction we are getting from our consultants, we feel that we have a very strong bid in place. Ultimately it will be the choice of ten people on the day.”

Deputy director Sheila Deegan added: “We have to believe that we have a good bid because we have worked really hard and have understood what the jury said to us. We also understand where it can bring us, we have that ambition and have had it for a very long time – so if we are to be honest about it, we have done what we think can get us to finishing line.”

Of the jury visit, the team will take them “on a journey, to connect with the bid”.

“We are enlivening the town, so that we can show the potential - you have to,” said Ms Deegan. “It is about them understanding that whatever they see and hear, whoever they meet, that it is a credible, believable reflection of the bid. We will have a number of things organised and will be inviting people to participate, and also we have a series of places that will bring the bid book to life.”