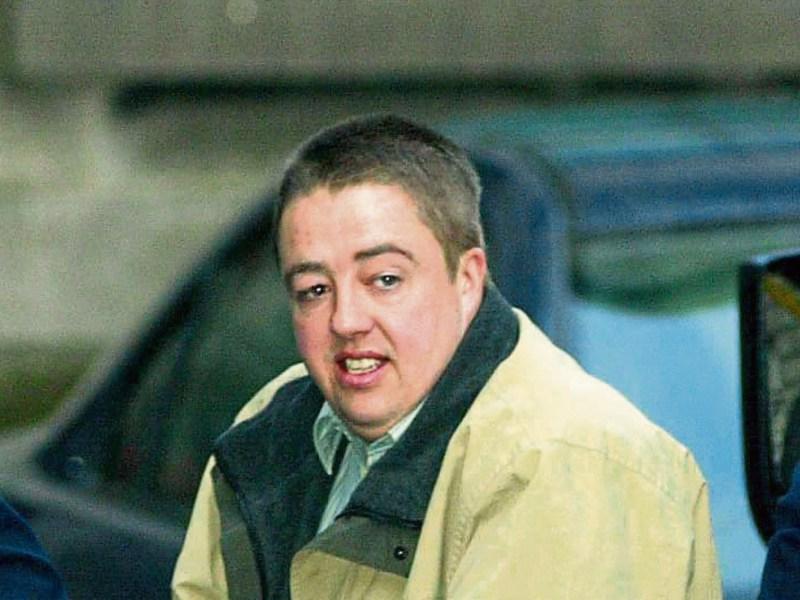 A SON of notorious Limerick criminal David ‘Frog Eyes’ Stanners, has pleaded guilty to robbing three teenagers at knifepoint during a soccer match in Shannon.

Anthony Moran, aged 20, who has an address at Delmege Park, Moyross threatened the youths before stealing cash and various electronic items from them.

Ennis Circuit Court was told Moran, who is also known as Rodney Stanners, committed the offences at Corrib Drive, Shannon on May 17, 2014 having travelled to watch a match between Moyross United and Shannon Town.

During a sentencing hearing on Tuesday, Detective Sergeant Kevin O’Hagan said three youths left the grounds early and walked along an area between the airport and the pitch which is known as the Black Path.

He said as the youths were talking with a number of other youths, three males approached them and offered them drugs.

Det Sgt O’Hagan said the accused was identified as the leader of the group. “He had possession of a knife and he put it to the throat of one of the injured party’s. Three knives were produced at the scene,” he said.

One of the knives was described as an Opinel French knife, which closes in on itself.

While the alarm was raised a short time after the incident a number of the victims did not make statements to gardai “out of fear”.

Judge Gerald Keys was told that having been alerted, gardai stopped and searched a bus which was returning to Limerick following the soccer match.

A knife and some of the stolen property was recovered and Moran identified as a suspect.

The detective sergeant said Moran was of no assistance to gardaí and denied knowing anything about the incident. He also did not help identify the others involved.

“He admitted he was at the match, but that he didn’t leave the match except to go to the shop at half time,” he said.

Det Sgt O’Hagan said Moran had no previous convictions at the time of the incident but has accrued 19 convictions since – including four for possession of drugs.

The witness agreed with Mark Nicholas BL, who said the other suspects were older than his client and had more significant previous convictions than him.

Mr Nicholas said Moran had a tough upbringing and that his father (David Stanners) has been serving a life sentence (for the murder of Kieran Keane) since his client was eight years old.

As a result, he said, he had reverted to using his mother’s name Moran as the Stanners name “is trouble”.

It was accepted that he did not have a history of violence in his previous convictions and that had the matter gone to trial there could have been difficulties regarding his identifcation by witnesses.

Lawyers for both the defence and prosecution stressed the matter was in no way linked with Moyross United Soccer Club, which Det Sgt O’Hagan said was extremely helpful in this matter. “They are an excellent club, who do great work,” he said.

In a victim impact statement, one of the teenagers said he was “minding my own business having the craic” when the incident happened.

“Next thing I know three people are around us with knives. I was terrified. I was in fear for my life. The ringleader was so cold. It was as if he didn’t care, as if he would stab us if we gave any cheek,” he said in the statement, which was read in court by Stephen Coughlan BL, prosecuting.

The youth stated that prior to the robbery he used to go into Limerick city a lot but that now he tends to stay away because he is “terrified of meeting these guys again”.

Mr Nicholas said there may have been an element of “bravado” involved on the day and he said it is likely there was “some level of intoxicant involved”.

Adjourning the matter to July 29 for a probation report, Judge Keys commented that putting a knife to someone’s throat is a serious offence which merits a custodial sentence.