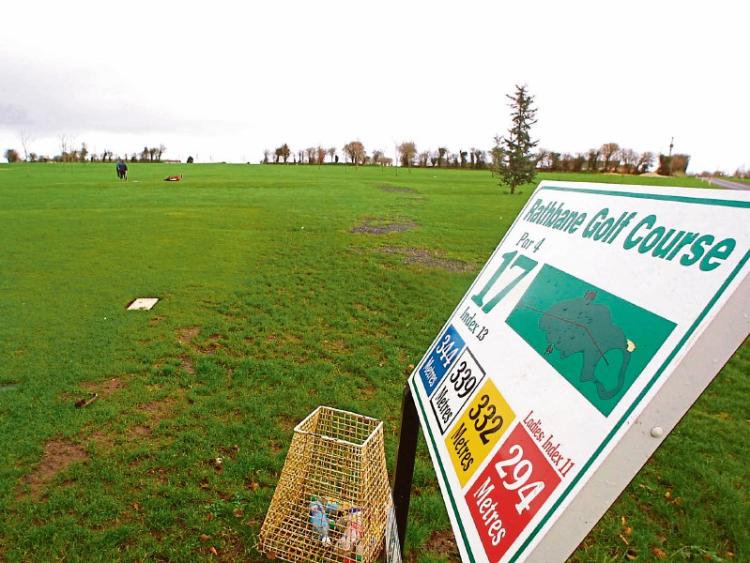 LIMERICK City and County Council spent double its expenditure budget on leisure facilities in 2015 as a result of additional costs to operate Rathbane Golf Club course, the condition of which has been strongly criticised.

According to the council’s additional expenditure report, it spent €1,473,459 on city and county leisure facilities operations when its adopted 2015 budget was €717,287.

In the notes of the report, which was issued to all councillors on May 10, it stated that the additional expenditure of €756,172 was on the operation of the city golf course.

Cllr Daniel Butler said that the “significant” overspend came as a result of the council not being able to secure new management in 2015. Members recently contacted council officials to express concerns over the running of the club, as they expected new management to arrive at the end of 2015.

Mack Trading is currently managing the course until new management is secured. They previously sought to withdraw from the management in 2014.

A spokesperson for the council said that a tender process for the new management is “almost complete”.

"The Council are at an advanced stage of the procurement process for an operator for Rathbane Golf Club. In view of this, we are not in a position to comment as it may have an impact on the outcome of this procurement process," said the spokesperson.

According to sources, there were more than 500 members at the peak of the club’s activity, but there are reportedly fewer than 200 currently using the facility.

Cllr Butler said “that kind of overspend in a budget is not a responsible use of taxpayers’ money.

“I raised it at the previous council meeting when that report was brought forward. That kind of overspend in a budget is quite significant. Three quarters of a million is a lot of taxpayers’ money. And, to be fair, the council has acknowledged that it was of concern, it wasn’t sustainable, and that there were assurances that it would not happen again,” he said.

He added that there is a “definite requirement” to invest in the facility.

“From what I hear from the membership, the standard of upkeep has been pretty poor, and there are huge concerns around the conditions of the course. People are paying their membership fees and are really not getting the quality of service that they deserve for that. I don’t know if it [the money] has been well-spent at all.”

Labour Cllr Joe Leddin said this issue has been “one of the greatest concerns” he has had since becoming an elected representative.

“I am hugely concerned with the the situation in Rathbane. We have extended significant money over the years — not just in the last 12 months — in bringing that golf course to an acceptable standard.”He added that he wishes to address the issue at the next council meeting.