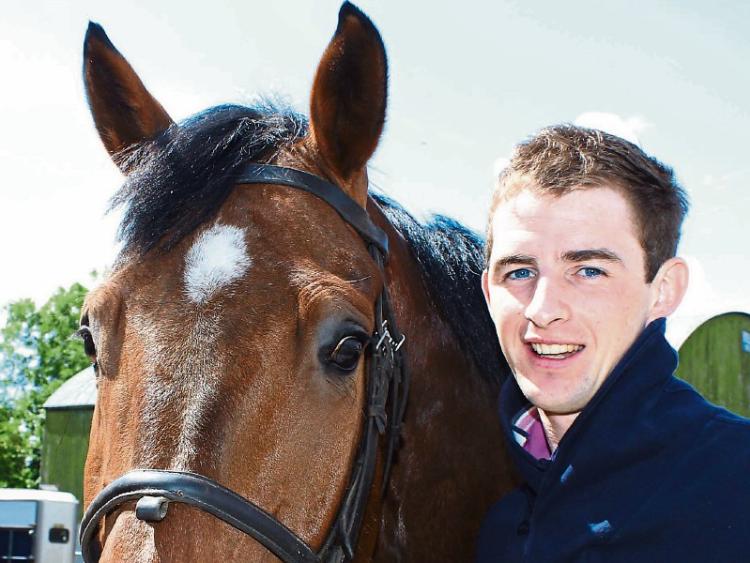 LIMERICK jockey Brian Toomey, who last year resurrected his riding career following calamitous injury, has decided to retire from the saddle after taking one last mount next week.

The Manister man was given just a 3% chance of survival, having suffered a devastating fall in Perth, Scotland in 2013.

He completed an astonishing recovery when returning at Southwell in July last year , but trainers and owners have been reluctant to use a jockey whose condition was so serious that he spent 157 days in hospital.

The 27-year-old, whose last ride was in February, hopes to partner City Dreams for his good friend Brian Dunn at Stratford on Tuesday, after which he will concentrate on building a new career in racing.

“I decided last week. I was at home in Ireland for a few weeks and I was up at Enda Bolger’s. We were having a few nice conversations and one morning when I finished riding out he asked me to go up to the house for a chat so I went up,” Brian told the Leader this Wednesday.

While many people have stressed to Brian how much his family and friends would worry every time he took part in a race, it was the conversation with Enda, he says, that finally made him realise he had to quit, and that he had nothing to prove to anyone.

“Loads of people in racing - trainers and jockeys - tried to tell me before but Enda really talked me through it and it just made sense. I think I proved a lot of people wrong by getting back but unfortunately I didn’t achieve my final goal but I’ve gotten over that now and I am looking at the bigger picture - it’s not as important as I thought.  And as Enda said to me, ‘you have nothing to prove to anyone so don’t worry about trying to prove things’.

Brian is now looking at securing a “nice job in racing”.