Final total for Joanne McMahon fundraising appeal to be revealed 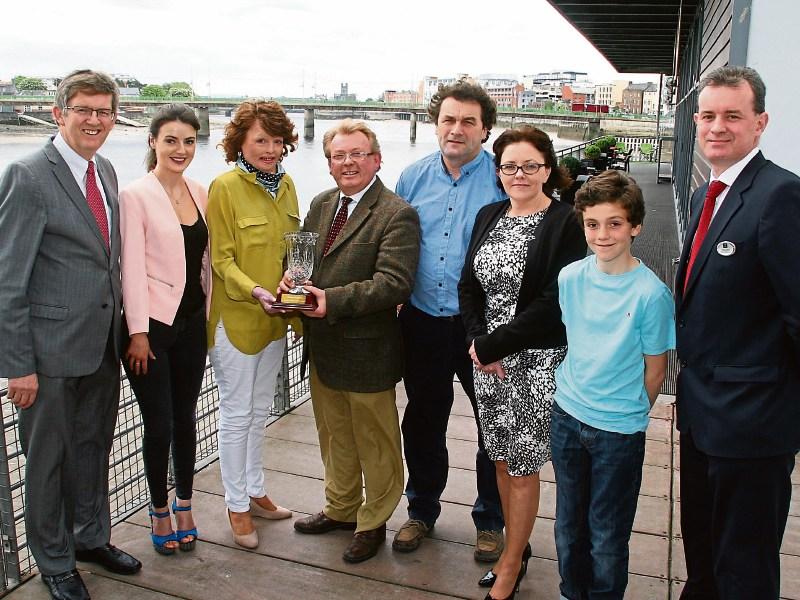 Joanne receiving her Limerick Person of the Month award recently

THE last act of a massive volulntary effort which involved thousands of people in scores of events will take place in Castlemahon this Friday when the total amount raised in the Joanne McMahon Thanksgiving Fundraiser will be revealed.

The fundraising, which began last December 7 and ran over 131 days, culminated on April 17 when over 2,400 walked, ran or cycled on various routes around Castlemahon.

But along the way, hundreds of others either organised or supported over 60 “feeder events” which included coffee mornings, a golf classic, concerts and even a tug of war.

All funds raised have been in aid of the National Burns Unit in St James Hospital Dublin where Joanne McMahon was treated for the very severe burns she received following a barbecue accident in 2014. Part of her treatment involved 131 days in an induced coma as well as several procedures, with more to come.

Launching the fundraiser last December Joanne appealed to people to help her to give back, an appeal that was heard by hundreds.

“To say that this whole project has been a success is a major understatement,” the chairman of the fundraising committee, Liam Woulfe said in advance of Friday’s big revelation.

“The fundraising and the associated spontaneous initiatives taken in every community in Limerick and far beyond have been astonishing. We are delighted with the great engagement, participation and of course funds raised”

Odran Shelly, director of the National Burns Unit will be in Castlemahon to accept the cheque on Friday night at 8pm.  “On behalf of all the Joanne Team I want to invite everybody who has supported our Thanksgiving Fundraising in any way to come to Castlemahon Hall  where music and dance will follow the presentation,” Mr Woulfe said.