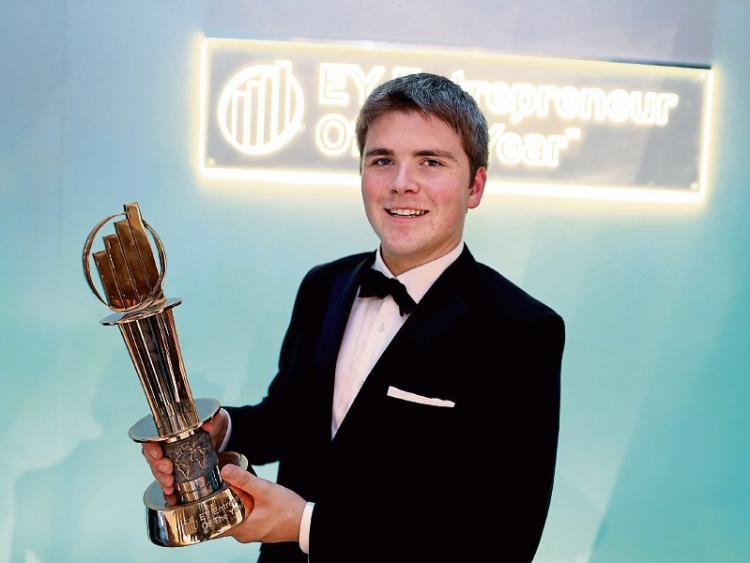 JOHN Collison will jet into Monaco this week to find out if he and his brother Patrick have won a world entrepreneur award, beating off competition from 50 other countries in the process.

The Limerick duo, whose online payments company Stripe is worth an estimated $5 billion, are in the running for the EY World Entrepreneur Of The Year award, having won its Irish equivalent last year.

A total of 55 winners are competing for the prize, with the successful entrepreneur to be announced at a ceremony in Monaco this Saturday night. The Collisons – Patrick, 27 and John, 25 – will, at the very least, be inducted into the Hall of Fame, joining 627 previous finalists for the award since 2001.

John said the brothers were “humbled by the opportunity to represent Ireland and the rest of the Stripe team at the awards.

“Supporting and advancing entrepreneurship is at the very heart of what we do at Stripe, and we look forward to celebrating the great accomplishments of the other country winners,” he explained.

The brothers are comfortably Ireland’s most famous young entrepreneurs, with their joined wealth surpassing that of JP McManus for the second consecutive year in 2016, according to the recent Sunday Times’ Rich List.

The former Castletroy College students, who dropped out of college and now reside in San Francisco, were described by the guide as “the youngest and fastest billionaires in Irish history”.

“The wealth of the brothers is soaring as their online and mobile payments company Stripe, founded just six years ago, powers upwards,” it said.

With Visa investing in July, Stripe’s value grew to £3.5bn and the guide values the brothers’ stake at £1.15bn (€1.474bn). Stripe, the online and mobile payments company, is used by Apple, Twitter, Facebook, and Chinese online company Alipay.

Less than two weeks before President Barack Obama’s historic trip to Cuba, the White House contacted the company and asked if it would be willing to launch its new product, Atlas, in Cuba. Patrick was part of President Obama’s delegation when it subsequently made a historic trip to the island in March.

Stripe boasts nearly 500 staff in offices worldwide, with 30 in Dublin and plans to further develop a global hub. Speaking to the Irish Times recently, Patrick explained that the duo’s interest in computer programming abilities was piqued by a book he bought in Eason’s in Limerick. John explained that the first lines of code for what would become Stripe were written in October 2009

Patrick said the prospect of representing Ireland at the EY World Entrepreneur of the Year awards was “surreal” and “highly unexpected” and that the brothers had grown up watching and reading about others who won the Irish award.