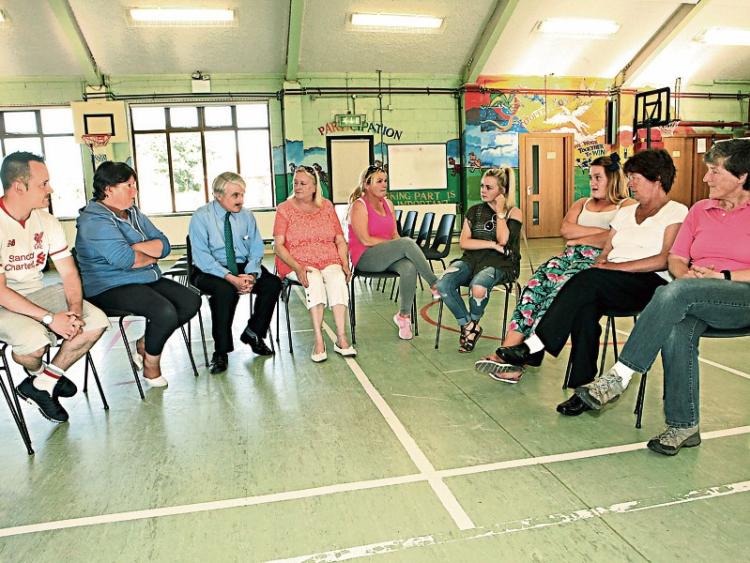 MOYROSS residents are to meet Limerick city architect Seamus Hanrahan to voice their opposition to a new housing scheme at Cosgrave Park.

A delegation of residents from the estate, led by Fianna Fail TD Willie O’Dea, will meet the council official this Friday at the Regeneration offices.

There is opposition to the council’s plan to build 40 units at the top of Cosgrave Park, near the former Corporation depot.

Residents say they want the green space preserved, and have instead called on the local authority to build elsewhere, towards the front of the estate.

One of the residents, Dean Quinn, Sarsfield Gardens, said: “It’s good news that he is willing to meet the residents. Hopefully it will be a positive meeting. The residents will give him ideas as to where he can build elsewhere.”

He added: “These residents do not want the flats to be built in Cosgrave Park. They got no consultation, they received no letters in the door. They want their green space to remain the way it is, simple as that.”

Mr O’Dea said: “This is democracy.”

“The meeting will give the residents a chance to state their case directly to the architect.”

He said opposition is growing to the regeneration building programme elsewhere in the estate, with Cliona Park residents “furious” over construction there.

Locals are angry at the Cosgrave Park project, with some indicating at a meeting last Monday in Cosgrave Park that they will stage a protest to halt the diggers when they enter Moyross.

The council was also criticised for its “shambolic” lack of consultation.

However, the local authority stated copies of the regeneration plan were delivered to each house in Moyross, with public consultation sessions at the local community centre.

Speaking during the meeting, Mr O’Dea said: “I cannot understand why they cannot utilise the space they have, and let a bit of green area there. There is a reason why the green space is there, it is because there is a need for it. You cannot come along and just take it, especially if you have alternative sites for houses,” he told residents.

“In an area like this, you need to be sensitive. We don’t need to be cramming people together.”

Mr Quinn added: “We welcome building in Moyross, of course we do. We don’t want to see houses knocked.

“ But 40 houses can be accommodated around the Craeval Park area, around Pineview. There is loads of room there.”