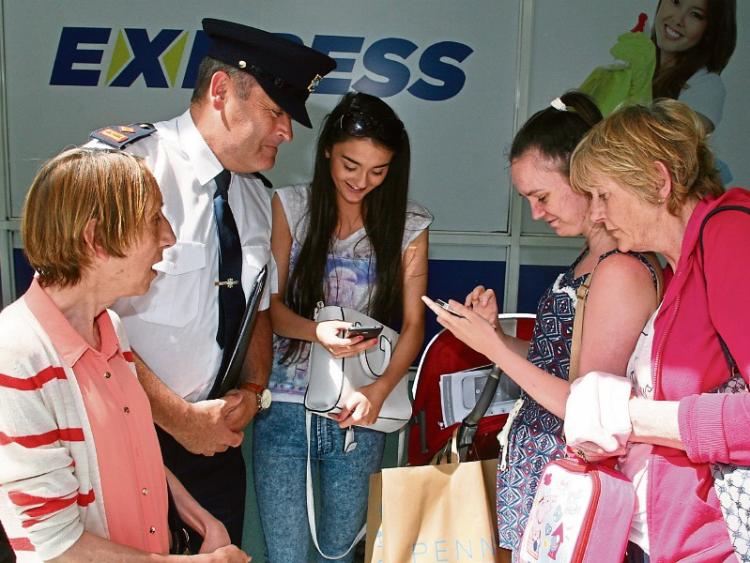 GARDAI are appealing to people to be vigilant and to have a plan when out socialising at night, writes David Hurley.

As part of the national Supporting Safer Communities Campaign, a number of information stands and advice will be in operation at shopping centres and other public locations across the city between now and next Wednesday.

Gardai in the city say they are concerned at a the number of assaults which have been reported in centre in recent months are appealing to those out socialising to be vigilant.

As part of the campaign an initiative called PLANS has been launched.

The ‘L’ stands for let someone know where you are going and when you will be back. The ‘A’ stands for avoid walking alone or in dark places – just look around and be conscious of it and follow the lights. The ‘N’ stands for never reason with a drunk or aggressive person – they are not going to be rational. Then the ‘S’ stands for be streetwise – be aware of your surroundings and be careful with your personal belongings, he added.

Supt Smart is also asking people to have some sort a ‘Buddy’ system in place.

”We are getting a lot of assaults, people are going out and enjoying themselves which there are entitled to do but something happens to them  – they either get assaulted or they fall down and they can’t remember what happened. So if they have their buddy with them they will know what happened and we will know and it gives us a chance afterwards with an investigation,” he said.