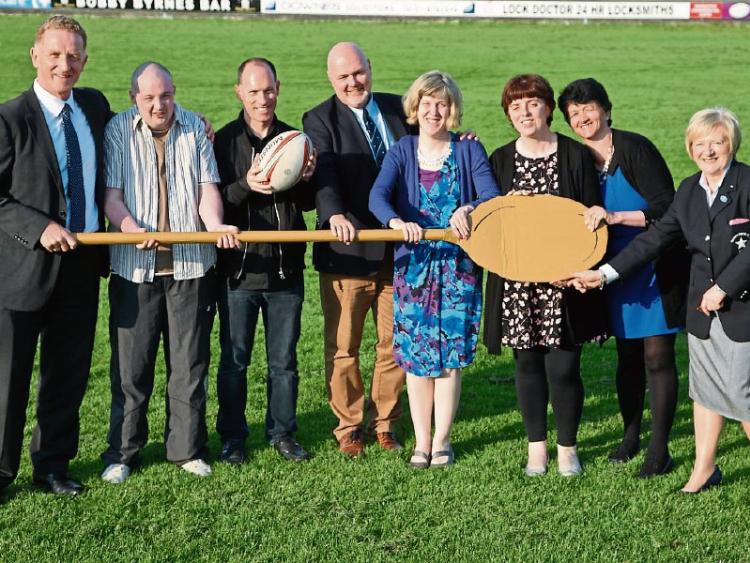 Limerick will host the first Wooden Spoon tournament on June 11

JUST four years ago the Daughters of Charity started a tag rugby team and now they are hosting an international tournament with teams travelling from all over England, Scotland and Ireland.

The disability support service in Lisnagry teamed up with Garryowen FC in 2014 and the event on Saturday, June 11 takes place on their grounds. It is the first time it is being held in the Republic of Ireland.

The Daughters’ special needs team – called Garryowen Lions – is made up of 32 service users aged from 18 to 50, who train every week in Dooradoyle.

John O’Callaghan, of the Daughters of Charity, started the ball rolling in 2012 and says the team has steadily improved its rugby skills from training and playing in tournaments throughout the country.

“The most significant tournament takes place once a year and is an international event sponsored by the charity Wooden Spoon. The concept began with rugby legend Fergus Slattery in 1983 - Ireland defeated England thereby relegating them to wooden spoon status,” said John.

John said that all the Lions are very excited and looking forward to hosting over 20 teams and 400 players in Limerick.

“Garryowen FC have fully embraced and supported the Lions since they have been introduced to the club. Chairman, Dermot Morrissey, Geraldine Morrissey and the club executive have given every possible support to make this year’s tournament a memorable occasion to match the excellent standards the club promotes and delivers both on and off the field,” said John.

David said he “loves playing in Garryowen FC each week and especially in the tournaments”. Geraldine said she really enjoyed playing at half-time in Thomond Park during the Munster and Scarlets game. All five can’t wait until June 11 and hope to see big crowds turn-up to cheer them on.

Since the Daughters started tag rugby, John says all players have benefitted from the physical exercise and training they conduct each week under the supervision of IRFU-qualified coaches.

“All the team members would be Munster supporters and follow the team. A few weeks back they performed in Thomond Park alongside their heroes and this was a memorable occasion. Each player benefits physically, mentally and emotionally from the opportunity to play rugby in Limerick and it helps them integrate into their community in a meaningful way,” said John.

He says that this year’s tournament would not have been possible without the support of Wooden Spoon. Other sponsors include Limerick City Council Diaspora Fund, Black Bee Investments and private donations.

“Anyone wishing to make a donation or sponsor trophies, equipment  or refreshments are very welcome to do so and it would add to the success of the day. Everyone is welcome to attend,” he said.