Mungret sites to be sold by tender due to big demand 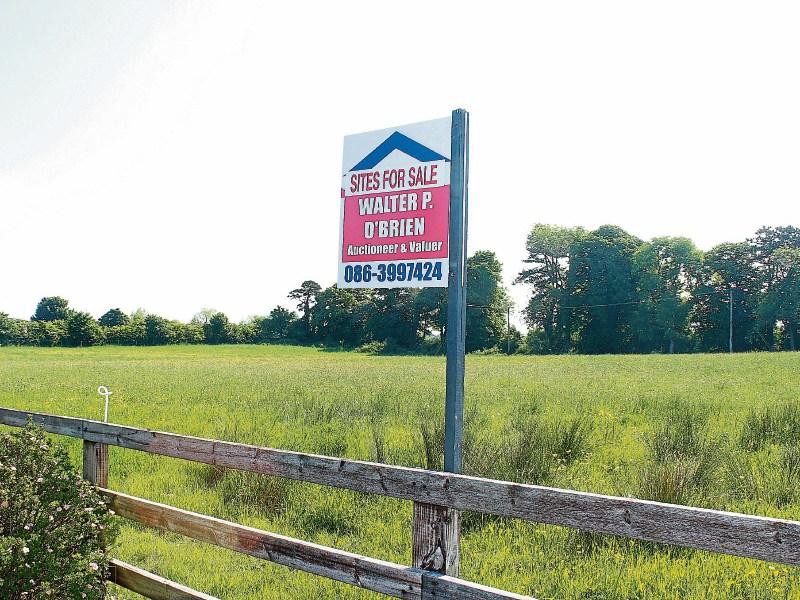 THE heavy demand for a number of sites for sale in Mungret has prompted the auctioneer representing Limerick City and County Council to put them out to tender rather than selling them by private treaty.

But the decision has left some people disappointed after they had paid booking deposits in the belief that they were securing a site.

Their deposits have been returned and they will now have to bid for the properties, with no guarantee that their bids will be accepted.

The seven sites are located close to the Mungret Woods development. They are being sold by auctioneer Walter O’Brien on behalf of Limerick City and County Council.

One woman who contacted the Leader said she had paid a deposit of €5,000, having been told the sites were available for purchase at €65,000.

However, some days later she was contacted by the auctioneer to tell her that it had been decided the sites would be put out to tender rather than being sold by private treaty.

“There was a For Sale sign up last Wednesday week [May 18]. I rang the auctioneer at 3pm that day to find out how much they were and he rang me back to say they were €65,000,” she explained.

That Friday, she paid a deposit of €5,000 by cheque to secure one of the seven sites.

However, the following Monday, the auctioneer got in touch again to say that a decision had been made to put the sites out to tender.

“He said the council had decided to put them out to tender because of the high demand,” she said.

And although she accepts that, legally, a booking deposit does not secure a sale, she says she is “disappointed” by the manner in which the matter was handled.

“It is just the council being greedy again,” she said.

“A lot of people have been left disappointed.”

Walter O’Brien explained that the decision to put the properties out to tender was taken because of the high level of demand, with over 30 bids being received to date.

“The council instructed me to get the best price I could for them. There was such an interest in them  that we had a waiting list of 10 or 12 people.”

“I was instructed to put them out to tender because the council are obliged to get the best price for the properties they could get.”

He acknowledged that three people had paid deposits but pointed out that a booking deposit was not legally binding.

Mr O’Brien also pointed out that all the deposits had since been returned.

The tendering process was due to close last Wednesday.