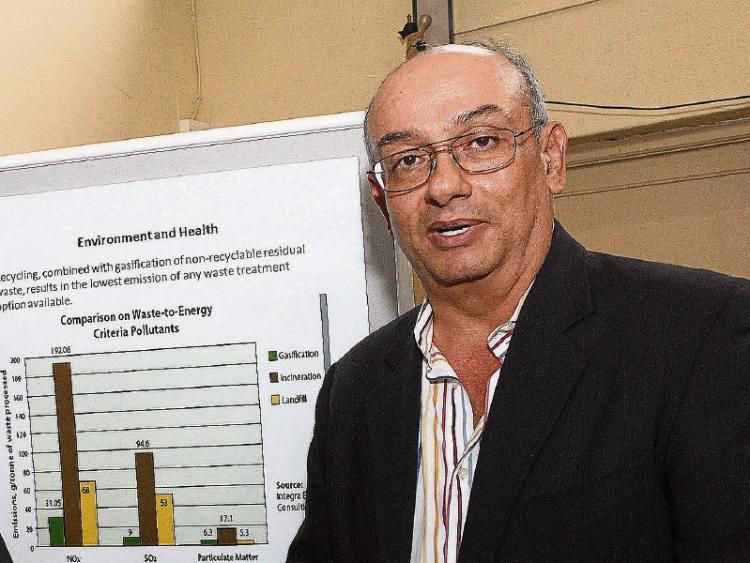 THE chief executive of Cadence EnviroPower has insisted the company is going “full steam ahead” with its plans to develop a gasification plant in West Limerick, despite missing a deadline to lodge planning permission for the controversial project.

Leonardo Riera’s comments came as Limerick City and County Council confirmed it is to review the terms of its lease agreement with Cadence after the company missed the May 25 deadline.

A council spokesperson explained this week that, under the terms of the lease agreement, the company must “use all reasonable endeavours to ensure that the planning application is lodged with the planning authority within 12 months from the date of this agreement”.

The lease agreement, allowing Cadence to develop the waste-to-energy plant on a 14-hectare site on the former landfill at Gortadroma, was signed on May 25 last year.

”The Council is currently reviewing the terms of the agreement to lease,” the spokesperson confirmed.

Uncertainty now surrounds the future of the project, which has been dogged by controversy since it was first mooted in September 2014.

“As far as we are aware from information from councillors in the Adare Rathkeale area, there has been no [planning] application made,” said Catherine Dowling, chairperson of local opposition group RAGE (Residents Against Gasification in our Environment).

Now that the deadline has passed Ms Dowling said that group was seeking clarification as to where the project stands.

“We have not seen the lease so we don’t know what the terms of the lease are. All we have seen are the tender documents,” she said.

However, she added: “We are 100% adamant that this project is not going to go ahead.”

Ms Dowling said they would now be seeking a meeting with councillors from the area to discuss the situation.

Most local councillors were remaining tight-lipped on the subject this week.

However, Sinn Fein’s Ciara McMahon said it was now up to the council to decide on its next step in light of the fact that the deadline had passed.

“I hope this is the end of the whole sorry mess,” said Cllr McMahon who initially proposed the granting of the lease but later withdrew her support as more details about the project came to light.

”I hope the residents get the outcome they deserve for all the work they have put in,” she added.

While councillors initially voted to grant the lease, the subsequent public outcry led many to change their position, with some calling for the lease to be revoked. However, legal advice received by the council suggested that such a course of action could result in it being liable for damages.