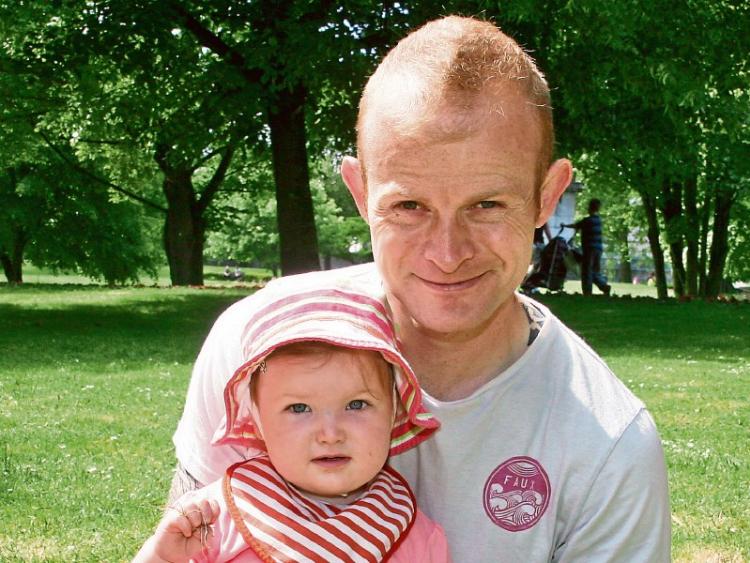 Enjoying the sunshine at the People's Park were Mark and Seoda Kirwan, Corbally Picture: Adrian Butler

BARBECUES, burgers and beer were all in hot demand in Limerick this week with sizzling temperatures brightening up sales for local businesses.

And the glorious weather may have even been a factor in an unusual scenario at Limerick Circuit Court this Wednesday when  several potential jurors did not attend.

That was a view expressed by prosecuting barrister John O'Sullivan after efforts to select a jury for a criminal trial proved unsuccessful.

Away from the courts, with the mercury rising to up to 24 degrees, locals have been hightailing it to the shops to stock up on a range of goods to ensure they make the most of the warm weather.

“It’s been flat out really. What’s rare is beautiful. It’s rare to get this sunshine and when it does come, people go all out,” said Mark Nagle, EuroSpar.

Top on the list of treats he said are meat for the barbecue, beer and ice-creams.

“People are experimenting a bit more. We have a good butcher here and he does up burgers specifically for it. In the past they went for just the burger whereas now they are trying their chicken and their fish and their pork. Us men think we are masterchefs when it comes to barbecues and we don’t go near the kitchen for the other 51 weeks of the year. On the beer side of things, it’s definitely cider weather!” he smiled.

As for ice-creams, the old favourites are still the most popular, it seems.

“At this time of year a lot of my generation start going back to the originals – what you liked first as a child - the Choc Ice and Cornetto.”

“We are super busy,” said Eoin O’ Connor, director. “We had a big sale on Saturday. We sold far more barbecues and patio furniture than we expected, so much so that we have doubled up our order for the next three weeks. We have everything in  barbecues - the little tray ones from €299, up to €2,500 for the top of the range. People this year, I find, are going for quality and longevity of service as opposed to the cheaper €100 barbecues.”