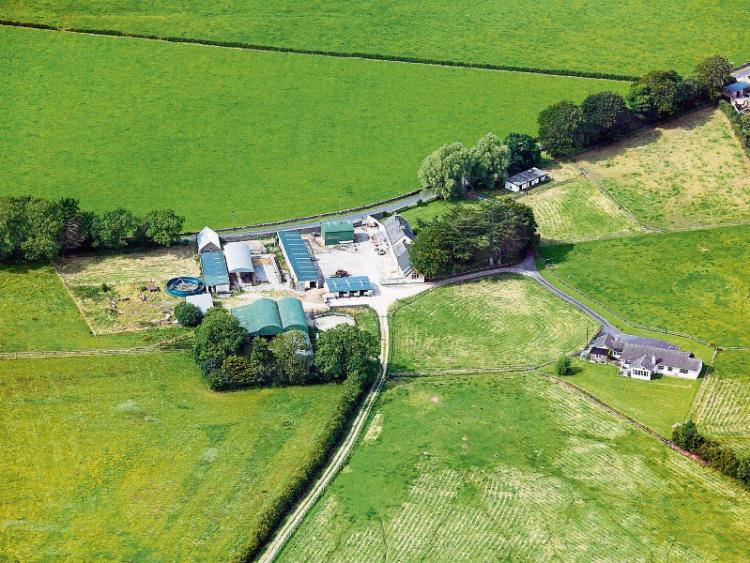 A BIDDING war took place in the Woodlands Hotel to acquire Ballyvolane Stud in Bruff.

Around 30 attended the auction recently for what GVM’s Richard Ryan described as an “outstanding residential roadside stud farm situated in the heart of the Golden Vale extending to 77 acres”.

The property consists of a substantial four bedroom bungalow, traditional three bedroom farmhouse, 30 loose boxes, three four-bay hay-barns with lean-to, loose sheds and ancillary out offices, four horse walker and lunging ring. It was offered in three lots but the interest was in the entire property with an opening bid of €600,000.

With three strong bidders this climbed quickly to €885,000.00 at which stage there was a recess. After receiving vendor instructions Mr Ryan declared the property on the market. Five minutes later he knocked his gavel down at €1,015,000 to a north Cork business woman.

It is understood she was acting on behalf of her son who intends to operate his bloodstock business from Ballyvolane. The underbidders were business people from Kilmallock who also have bloodstock and farming interests.

Commenting after the auction, Mr Ryan, of GVM Kilmallock, said that he was very happy with the price achieved.

“It was particularly pleasing to see that there were three bidders for the entire roperty. It is a renowned stud with very strong history, it stood fantastic sires such as  Moscow Society, The Parson and Menelek who were leading sires of their time,” said Mr Ryan.

It was a busy few days for Mr Ryan as around 20 were at Deebert House Hotel last Wednesday for the auction of two parcels of land at Ballinstona North and Uregare, Kilmallock.

The 10.5 acres at Ballinstona North opened at €70,000 and after a further four €5,000 bids the property was withdrawn at €90,000. However, Mr Ryan secured a sale with the highest bidder immediately afterwards at a higher figure. He remained tight-lipped but according to local sources it was around €10,000 per acre.