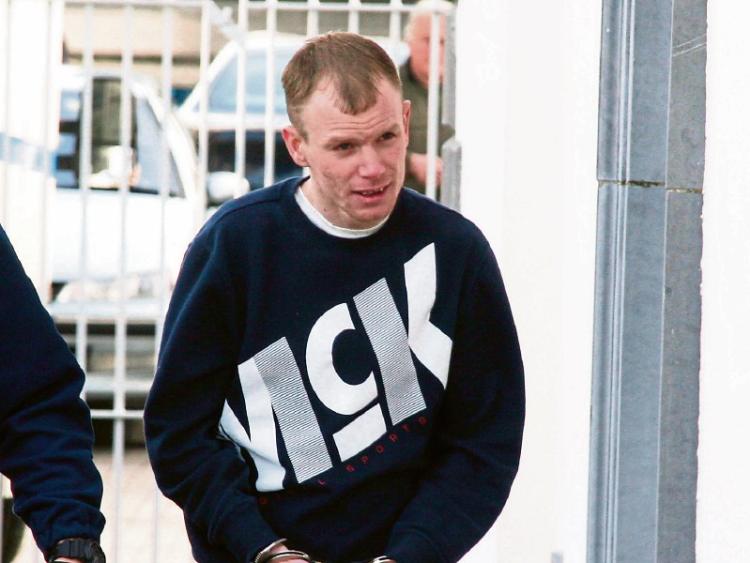 A LIMERICK city man has been jailed for his role in a burglary on the outskirts of the city last summer.

Darragh Casey, aged 26, who has an address at Hyde Road, Prospect was one of three men prosecuted in relation to an incident near Fedamore on July 30, 2015.

During a sentencing hearing, Limerick District Court was told gardai were alerted to intruders at a house at Arywee, Carnane just after 5am.

When they arrived at the scene, Casey was found standing next to a car which was parked outside the house.

The house was unoccupied at the time and it was previously acccepted that it was not specifically targeted by the culprits and that it was a “random hit”..

Following his arrest, several items of property which had been taken from the house were located inside the car.

Two other men were inside the house when gardai arrived and one of them jumped out the window of an upstairs bedroom in an effort to escape.

However, following a foot chase he was arrested a short time later while trespassing on the curtilage of a local pub.

Judge Aeneas McCarthy was told one of Casey’s co-accused was sentenced to six months’ imprisonment while the second was fined for his role in the burglary.

Solicitor Michael O'Donnell said Casey, who has a large number or previous convictions, had received a phone call on the night asking that he travel to the house.

He said he did not enter the house and that when he arrived the stolen property was brought out and put into his car.

Imposing sentence, Judge McCarthy commented the defendant had effectively acted as a lookout for the other two men.

Noting his previous record, he said there were no mitigating factors which he could consider other than the guilty plea.

That sentence related to the seizure of blue tablets, cannabis and deals of heroin, worth more than €1,000 at Hyde Road on March 31, 2015.