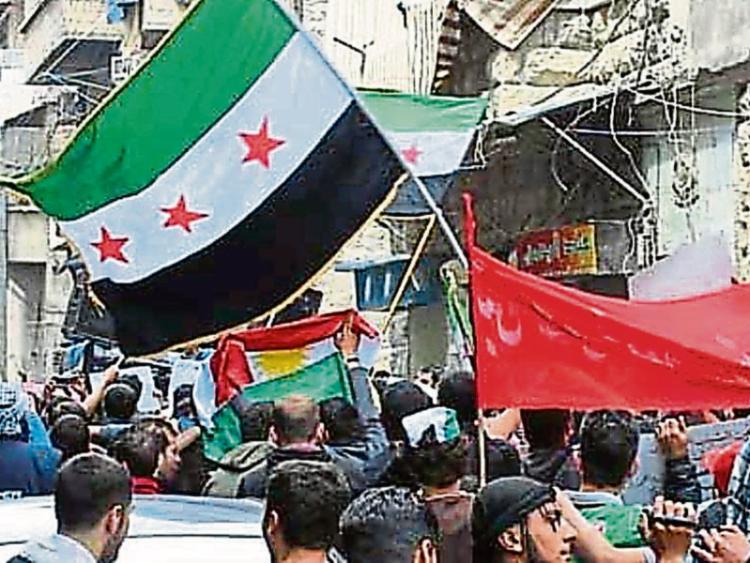 The Syrian nationals have been resettled in Limerick

FIFTY refugees fleeing from violence in Syria have been resettled in Limerick city and county.

As part of a national and international resettlement programme, 100 Syrian refugees will be resettled in local housing by the end of the year.

Limerick agencies have agreed to offer protection to those who have fled their home country.

According to sources, the 12 families that have resettled in Limerick “are getting on very well and enjoying themselves”.

This resettlement programme is being implemented in conjunction with the United Nations High Commissioner for Refugees [UNHCR] and Ireland’s commitment to the programme. The Department of Justice and Equality has asked the council to chair an interagency working group to assist with the resettlement.

The agencies involved in the programme include the An Garda Siochana, the HSE, Túsla child and family agency, Limerick Diocesan Office, Limerick Childcare, Paul Partnership, the Limerick and Clare Education and Training Board, the Department of Social Welfare and the Department of Justice.

The council has committed to accommodating 25 families.

Those admitted under the resettlement programme will have the same rights and entitlements as an Irish person, under the 1951 Geneva Convention.

It is believed that most of the Syrians who have resettled were previously in refugee camps in the Lebanon and Jordan which have “no infrastructure, no electricity, and water is scarce”.

Doras Luimní director, Leonie Kerins welcomed Limerick’s involvement in the resettlement programme. She said that there are not enough resources to provide for refugees in the camps because of the volume of people.

“They are facing shortages, such as food, medicine, and they are not able to provide schooling for the children who are spending years in the refugee camps. And I am absolutely sure that the families that are coming to Ireland, in particular to Limerick, will be incredibly relieved to be able to start a new life in a safe country, in a safe place,” she added.

He said: “Over the last week, I saw families avail of homes in Abbeyfeale and the joy on their faces was incredible. So, I can only imagine how good the Syrian families feel right now.”

Fianna Fáil TD Niall Collins, who urged the Government to play its part in the refugee crisis, said: “The unprecedented levels of migrants and refugees fleeing war-torn regions in the Middle East and North Africa presents a serious humanitarian and political challenge to Europe.

“Ireland must play its part in assisting those in need of refuge at home and in providing help on front line camps. Refugees based here in Ireland and the communities they are placed in must be afforded the supports they need to fully integrate into Irish society.”