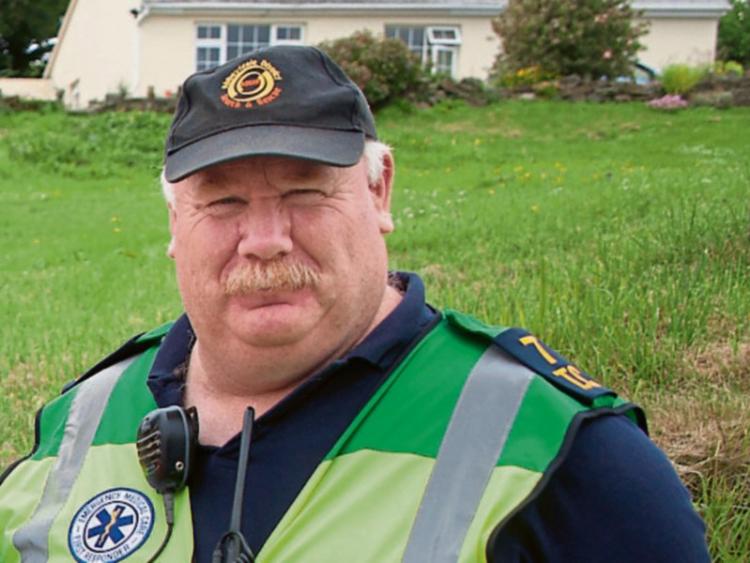 A FOUNDING member of Abbeyfeale and District Search and Rescue faces 120 hours community service in lieu of a jail sentence after pleading guilty to handling stolen goods.

Newcastle West district court was told that a number of power tools stolen from a dealership in Co Kerry were found on a property belonging to Christopher Kelliher at Dromtrasna, Abbeyfeale last August.

When gardai searched the property, they found three Husqvarna chainsaws and a consaw with a total value of €3,130.

The items were part of a haul of equipment stolen during a burglary at a business in Milltown, Co Kerry the previous June.

Mr Kelliher told gardai that he had bought the items from another person.

Inspector Brian O’Donovan told the court that the defendant was not regarded as a suspect in the theft.

The court heard that Mr Kelliher had one previous conviction for possession of a firearm, dating back to 1985.

Solicitor Pat Enright, defending, told the court that his client, who is aged 53, had not been in trouble with the law since that incident, which occurred when he was in his early 20s.

He said that Mr Kelliher had been contacted by a man who asked him if he would be interested in buying twelve chainsaws.

“He was reckless as to whether or not these items were stolen,” the solicitor acknowledged to the court.

Mr Kelliher subsequently contacted a local machinery dealer who told him that a quantity of power tools had been stolen from another dealer in Kerry earlier that year.

When Mr Kelliher found this out, he contacted the person he had bought them from and made arrangements to return most of the items.

Mr Enright added that his client accepted he had been stupid but pointed out that he had co-operated with the garda investigation “to the fullest possible extent”.

He described Mr Kelliher as someone who was highly regarded in the local community, having been instrumental in setting up the Abbeyfeale and District Search and Rescue.

“This organisation has devoted countless days and weeks to searching for missing persons,” he said.

“They have assisted and been successful in the recovery of a number of persons.”

He added that it was a “very difficult situation” for Mr Kelliher who found himself at a loss as a result of it.

”Since his initial difficulties, he has turned his life around,” Mr Enright added.

Judge Mary Larkin imposed a sentence of three months in prison or 120 hours community service in lieu and adjourned the case to July 26 to allow time for the preparation of a probation report and assessment of the defendant’s suitability for community service.

“He is a man of mature years and he should have had some thought as to the transaction before he got involved in it,” she said.