THE front-page story in the Limerick Leader which led directly to an independent investigation into financial and HR matters at the University of Limerick has been voted News Story of the Year in the inaugural Local Ireland Media Awards.

Leader journalist Anne Sheridan was presented with the prestigious award just two days after UL confirmed that it was dropping the High Court proceedings launched last year against the paper and its editor, Alan English.

The story, which was followed by numerous further reports, concerned allegations made by two whistleblowers in the university’s finance department who remain suspended after a year. Along with a third whistleblower, former UL employee Leona O’Callaghan, they were thanked for their participation in the Mazars review into matters at UL, commissioned by the Higher Education Authority.

David Burke, the president Local Ireland and managing editor of the Tuam Herald, presented Anne with her award and described the winning entry “an outstanding example of a local newspaper doing its job and standing by its story in difficult circumstances”.

The inaugural awards, open to Local Ireland’s 44 member titles, including journalists, photographers and advertising executives, attracted almost 300 entries. They were presented at a gala presentation dinner in Tullamore last Thursday.

The Leader was shortlisted in six categories – more than any other title — and also claimed one of the night’s other big awards, for Best Digital Coverage. The judges praised the Leader website’s 16-hour rolling blog from the general election count at UL, produced by a 12-strong team, saying it had made “an extraordinary impact, both locally, nationally and in numerous countries around the world where readers followed the constantly updated coverage by the Leader”. 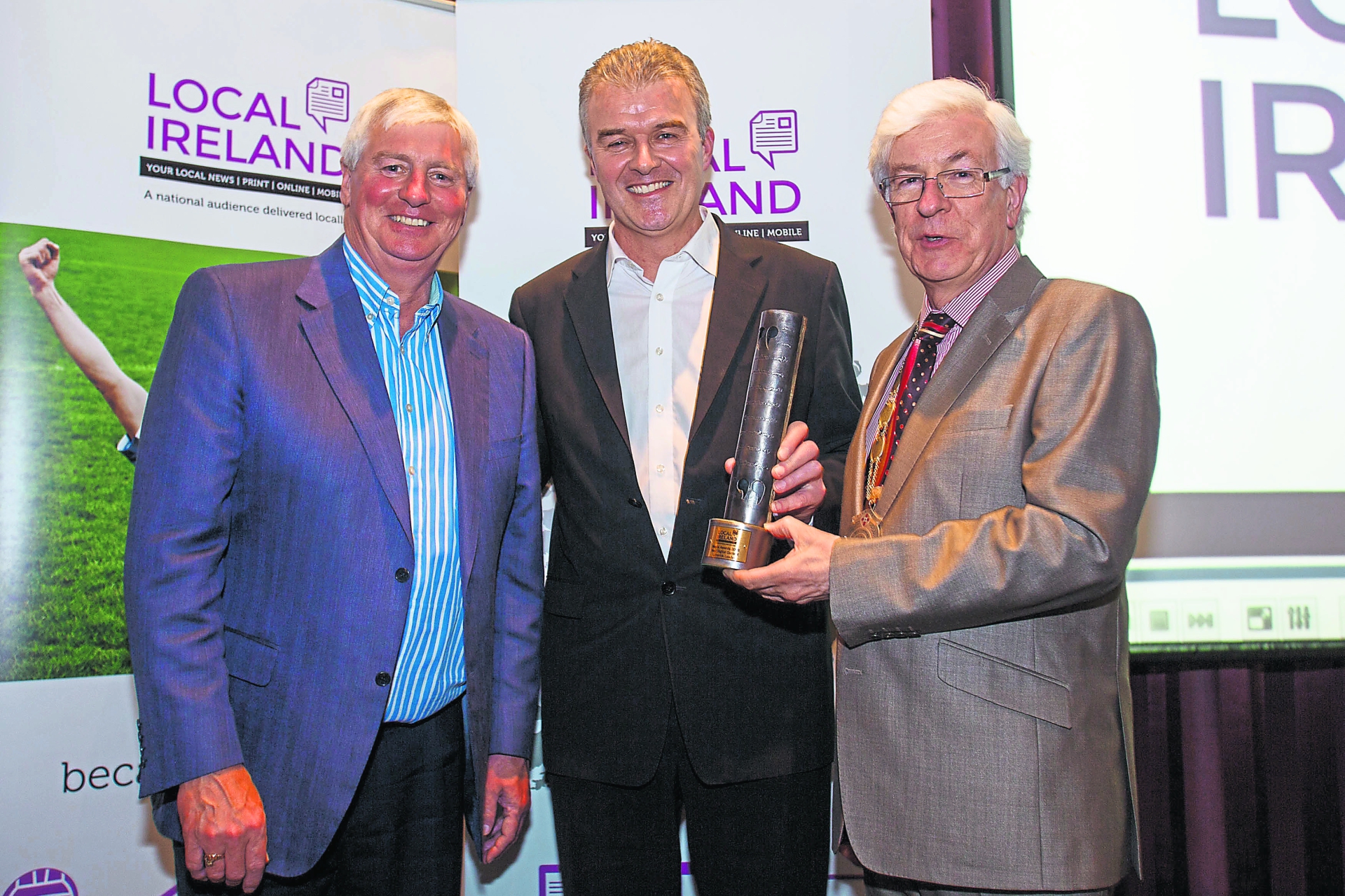 Another Limerick Leader journalist, Aine Fitzgerald, was shortlisted in the Feature Story of the Year category for her riveting account of how 14-year-old Mary Corkery ran away to be with circus performer Valentine McCormick, 48, to whom she became very happily married.

The Leader was also shortlisted in the categories for Best Designed Newspaper, Best Advertising Supplement and Best Advertisement.

In his address, David Burke, said: “These awards are a recognition of the many talents that combine to produce our titles in both print and digital format every week. We have outstanding journalists, photographers, designers and advertising executives the length and breadth of the country, and it is high time their contributions to our industry were recognised.”

Professor Horgan complimented “this extraordinary network of Irish regional newspapers for their initiative in devising and promoting this competition. The number of the entries, and their strength, is a powerful indicator – if proof were needed – of the vitality and importance of this section of Irish media.”

“This competition demonstrates that the business of providing – not just what people are interested in, but what they should be interested in – is as vital to the mental and political health of our country and its communities as it has ever been. Perhaps it is even more necessary than ever before: in the tsunami of information which threatens every day to engulf us, we need a steady hand on the tiller: authentic, reliable, and indeed sometimes courageous media. Your publications are an essential part of this national enterprise.”