'Relief' as bomb scare at Limerick school revealed to be hoax 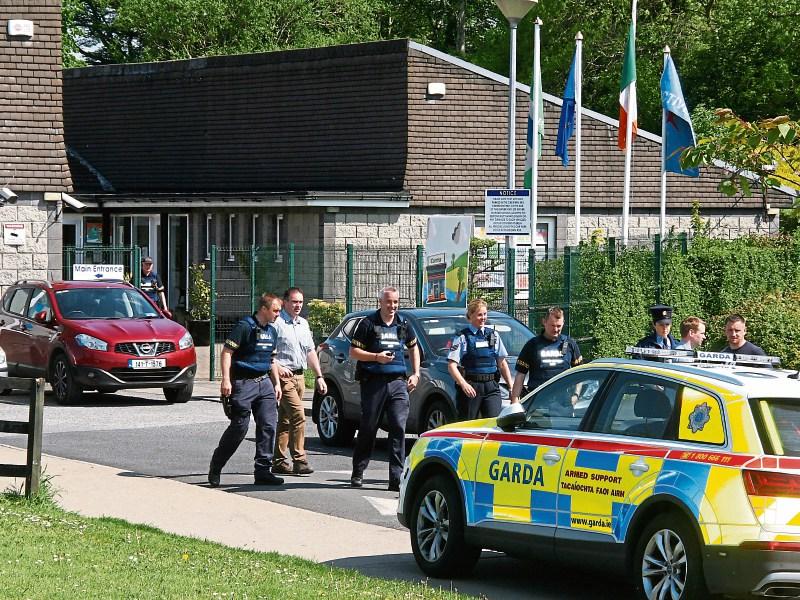 RELIEF has been expressed by relatives of children attending a primary school in Limerick which was evacuated following a bomb scare that it was likely a hoax call.

Milford National School in Castletroy was evacuated this Tuesday morning following the call.

Gardai confirmed the alarm was raised after a phone call was received at the school shortly after 10am. It is understood that the call was a hoax, with a number of other schools around the country reported to have received similar calls.

While the school has yet to comment officially, pupils were allowed back in shortly before midday when the building was declared safe.

As up to 20 gardai searched the premises, students and their teachers rested on the green area in front of the school building. Some ran around, while others just remained sat down soaking up the sunshine.

Parents were informed of the evacuation by a text message which was sent at 10.51am this morning.

It read: "Milford NS has been evacuated this morning. All the children and staff are safe in the sunshine. Please do not contact the school as gardai are clearing the school as a precaution. Updates will follow at 11.30am and 12.30am today."

A further text, sent at 11.30am, read: "All children are still safe and enjoying the sunshine. Gardai have advised it will be safe to re-enter the school in the next 30 minutes".

Shortly after this time, the gardai gave the all-clear for children to return into the school building. They did so, class by class, led by their teachers.

Some students, however, were given the option to go home for the day.

Tess O'Halloran, Rhebogue, whose two grandchildren attend the school, was on the scene as soon as the text message came through.

She said: "We were notified immediately after the school was cleared out. I knew there was plenty of green area well away from the school, so I wasn't really concerned, but I just said as I was in the area I would come down and see. Obviously it is a huge relief that it was a hoax] But you have to take these things seriously. When you read a text like that straight away, it doesn't really sink in."

Principal Diarmuid Moore has said the school will be issuing a statement following a board of management meeting later this afternoon.

It is believed that several other hoax calls were received from an automated system at a number of other Irish and UK schools.