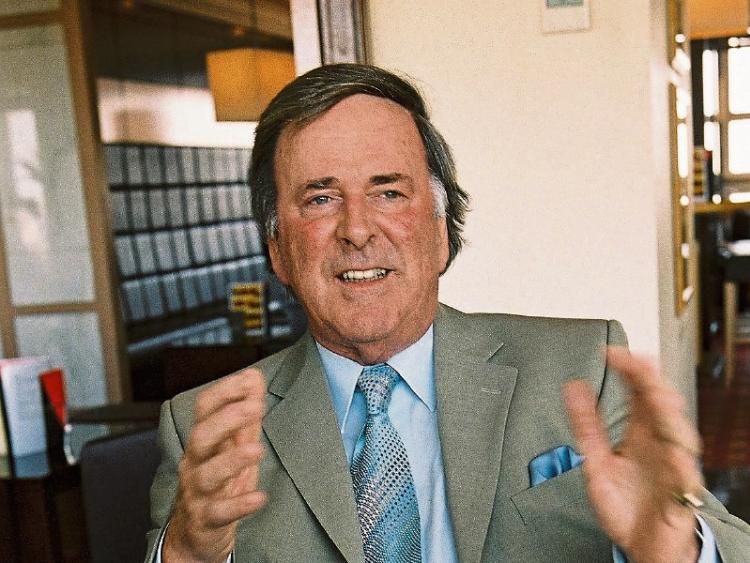 Sir Terry Wogan pictured in Limerick in 2012. UL has launched a new scholarship in his name

THE University of Limerick has announced details of a new scholarship in the name of legendary broadcaster Terry Wogan, who passed away in January.

The Terry Wogan Sports Scholarship and a number of other sports scholarships were launched at the university’s President’s Gala Dinner on Friday night, which was attended by 300 sports personalities, philanthropic and business leaders.

UL president Professor Don Barry said the scholarship in honour of the late Limerick man Sir Terry Wogan – who received an Honorary Doctorate from UL in 2004 – was “a fitting embodiment of his deep interest in Education and Sport in a Limerick context and I am certain the Terry Wogan Sports Scholarship will be a much-coveted accolade by the sports stars of the future.

“Terry was greatly loved throughout the Limerick and the UL communities,” he said of the broadcaster, who had a 50 year career on radio and television and was viewed as a national treasure in his adopted home in the UK.

Wogan passed away in Buckinghamshire in January, surrounded by his family and friends, at the age of 77.

UL formally launched a suite of sports scholarships at the event, “designed to support elite athletes in pursuing and excelling in their sport while also undertaking study” at the university, it said.

There are three levels of award on offer – gold, silver and bronze – with a value of up to €10,000 at the top level. Scholarship holders will benefit from support in the areas of accommodation, registration fees, sports science, coaching and mentoring.

The dinner was organised by the UL Foundation, which is also supporting the scholarship scheme. UL Foundation CEO, David Cronin, said the body’s support for the scheme was “very fitting in this Olympic year, as we get ready to support UL’s Olympic hopefuls, Thomas Barr and Michelle Finn”.