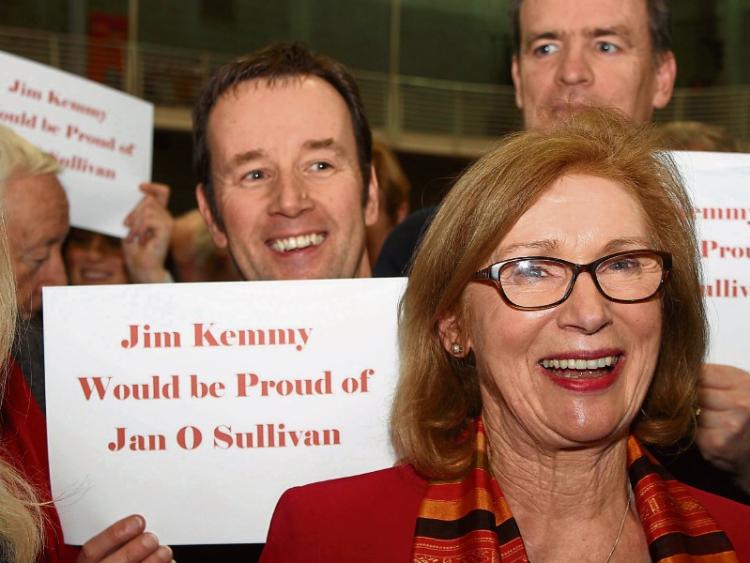 LABOUR councillor Joe Leddin says he is “extremely disappointed” Jan O’Sullivan refused to back Alan Kelly in his bid for leadership of the party.

Brendan Howlin was confirmed as leader of the party this Friday after Mr Kelly failed to secure a seconder for his bid.

The Tipperary TD had been hopeful of securing Ms O’Sullivan’s backing, but that was not forthcoming.

While the former Education Minister was unavailable for comment, her parliamentary secretary responded “absolutely” when asked if he was disappointed by Ms O’Sullivan’s refusal.

“I am extremely disappointed. You can facilitate someone by seconding their nomination. It does not mean you have to back them. You are facilitating them so the members can decide on the merit of the candidate as to whether they will be deemed eligible to be leader. Refusing another member of the parliamentary party the opportunity to put their name forward I think is wrong,” he said.

Cllr Leddin has also called for a change in the rules to avoid in future a situation “where a small group of people can decide who can or cannot put their name forward for leadership”.

At present, only the seven elected Labour TDs can make this decision.

“We need to change the rules to allow constituencies around the country the possibility of putting their name behind an individual candidate, or a percentage block of the members themselves. There needs to be other methods looked at which would enable a member of the parliamentary party to have their name put before the members to decide. It should not come down to a small cohort of people,” he said.

However, Labour’s council leader Frankie Daly is delighted there has not been a contest for leader.

He said: “The reality is we have been through a brutal five years. It has been very difficult for the party.”

Cllr Daly said the leadership contest two years ago which saw Joan Burton prevail caused a rift within the party, which led to a disastrous general election campaign for Labour, with the party losing all but seven of its Dail deputies.

In the wake of Mr Howlin's appointment this morning, Dr Gerry Burke, a former Limerick branch chairman of Labour, resigned from the party.

In a letter to members, he described the "conduct of elected members" over the leadership as being "utterly disgraceful".

"Democracy and equality are supposed to be the fundamental values of the party, and these have been ignored. High handedness and vanity have replaced them," his letter states.

"It is little short of a disgrace. What we have here is I would call a plot which would outdo Machiavelli," Mr Kemmy told RTE's Today with Sean O'Rourke this Friday.

"The TDs including my friend and colleague Jan O'Sullivan have said they would prefer a contest. But the situation has been engineered in such a fashion that they cannot allow a contest because the person who wants the job Brendan Howlin will withdraw, and Alan Kelly would be elected without a vote. I find that really hard to stomach."

Mr Kemmy, a brother of the late TD Jim, added: "Brendan Howlin was the architect of the disastrous period in government over the last five years. How would that reinvigorate the party? Candidates coming to the constituencies would have given the party a lift. I believe a contest would have been good. God knows the last thing we need is more of the same."

Despite some speculation Mr Kelly was considering his position in the Labour party following the episode, he took to Twitter this afternoon to write: "Despite disagreements, we all need to support the revival of our great party. Warm congrats to Brendan and all his team in Wexford."