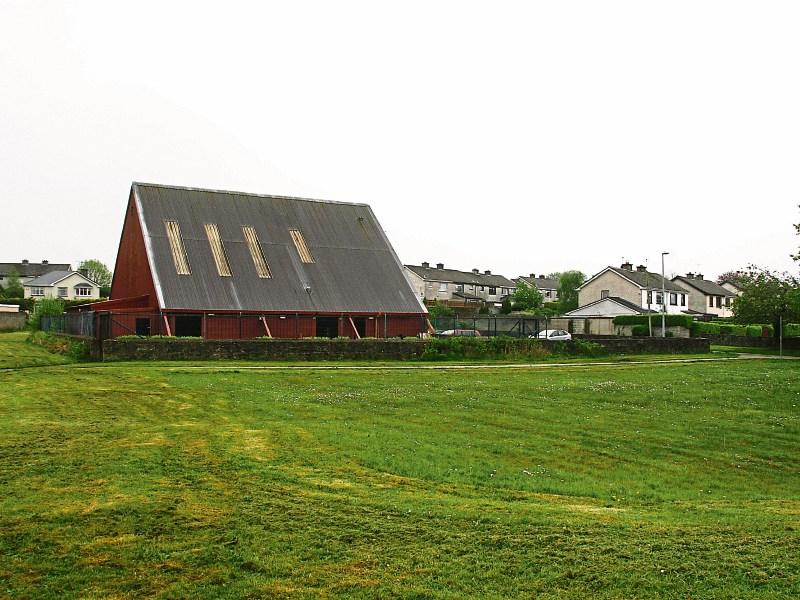 The proposed playground will be situated next to Caherdavin Community Centre Picture: Adrian Butler

LIMERICK City and County Council has submitted a proposal to the Department of Environment, Community and Local Government to build a new playground at Caherdavin Park.

The proposed playground, which has been on the community agenda for close to 10 years, will have an estimated cost of €245,502, and that will include leisure equipment and ancillary works.

A spokesperson for the council stated that the proposals were sent off and that they now wait for a response from the Department of Environment, Community and Local Government.

The Limerick Leader spoke to a number of residents in the area, and they have said that the lack of appropriate facilities for their children in the area has forced them to travel to the park in Shelbourne Road.

Local parent, Stuart Ryan said when he brings his children to the park, it “is always full” with other people doing various activities and as a result there is very little space for younger children.

Labour Cllr Frankie Daly has urged the Minister and the Department to approve of the council’s proposals.

“This is crucial for Caherdavin, and it’s one of the single big issues that I have been looking at since I was first elected.

“This was part of my mandate for the council. It is something that is close to people’s hearts, as there is a huge population of children and young families in the area. I feel Caherdavin has been neglected,” he said this week.

He said this project should be funded “as a matter of urgency” for Caherdavin, which he said “has been left behind many other communities” for basic facilities for children.