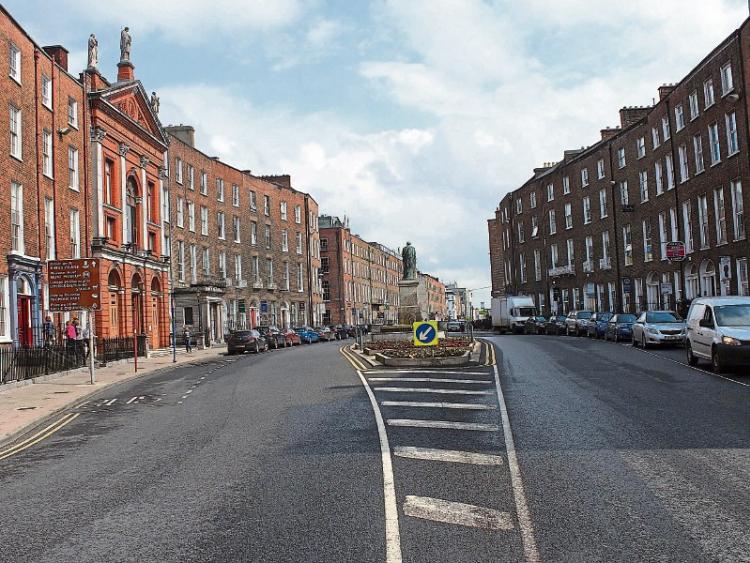 The Crescent is located in the heart of Georgian Limerick

MINISTER for Finance Michael Noonan has admitted that the take-up on a tax incentive scheme to rejuvenate parts of Georgian Limerick has been “disappointing” but he hopes it will pick up as the economy improves.

Speaking in the Dail on the Living Cities initiative, an incentive scheme for owners-occupiers to restore parts of Georgian Limerick, Dublin and Waterford, he said that “the take-up is very slow”, which he attributed to “the building industry on the ground”, the “many planning constraints on the development of such houses”, and expensive renovation costs.

“We confined the tax break to owner-occupiers rather than developers. It is early days. Many of these schemes start slowly and are actively taken up as the economy lifts.

“One does something and hopes it works but if it does not work, one tries something else or modifies what one did.

“We will keep it under review. If there is no take-up, we will have to revisit it. I am reluctant to extend the benefits to developers rather than owner-occupiers. We tried all that before and while we got the activity, we also got many problems.

“The take-up has been disappointing. However, there has been some take-up and, as the economy strengthens, I hope there will be more,” he said.

The scheme was designed to encourage people to develop and live in parts of Limerick's Georgian core, which is regarded as one of the best in the country, but has been left in a continuing state of neglect.

Ailish Drake, chairperson of the Limerick Chapter of Irish Georgian Society, said that "if the Department of Finance is serious about the scheme working, they need to adjust it accordingly". Kieran Reeves, senior executive planner with Limerick City and County Council, earlier said that it has received “very little interest” in the city, with less than 30 enquiries received by the local authority.

Mr Reeves illustrated that a house on Catherine Street in the city, which would cost €125,000 to buy, would end up costing €303,000, including design costs, renovations and statutory fees, to make it into a three or four bed living space.

Under the Living Cities scheme, given tax back at a rate of €5,250 per annum, the total cost would be reduced to some €280,000. One of the risks posed to those who want to develop parts of Georgian buildings, is that neighbouring properties might not be developed, and left in a state of dereliction. Mr Reeves said there are a number of challenges in redeveloping and reinhabiting Georgian Limerick – including a declining population in the city.

populations in the suburbs, and poor quality housing in the city, which has contributed “to a massive housing vacancy rate of 30%”.

From the outset, Cllr Liam Galvin, Mayor of the City and County Council, said he hoped the initiative will “bring families back into Limerick city centre and will maximise the use of existing pre-1914 buildings by transforming them into modern homes.”

The initiative has two components – residential and commercial. The former offers an income tax deduction, over 10 years, for qualifying expenditure on the refurbishment or conversion of a building for use as a dwelling.

To qualify the building must be built before 1915 and be located in one of the special regeneration areas in the city. The residential tax relief is only available to owner/occupiers and is not on offer to landlords.

The commercial relief is given in the form of an accelerated capital allowance for “qualifying” expenditure on refurbishment or conversion of premises within the special regeneration areas. Unlike the residential element of the relief, the commercial/retail element is not restricted to pre-1915 buildings.

The capital allowance is given at the rate of 15% of qualifying expenditure for each of six years and 10% in year seven. The amount of tax relief available under the commercial element of the incentive is capped at €200,000 for any individual project.