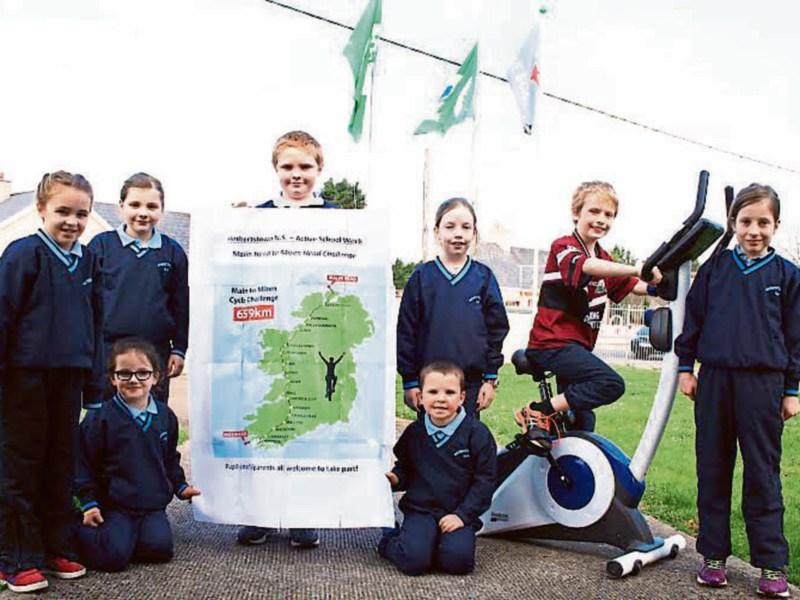 ACTIVE School Flags are not just given out easily, they have to be renewed and earned every three years

Herbertstown National School passed this test with flying colours due to the school’s enthusiasm towards exercise and sport. Michael Fitzgerald, teacher, says they have an Active School committee comprising of pupils from each class.

“They have shown great leadership in terms of promoting events and initiatives. During Active School week there were many different activities organised,” said Mr Fitzgerald.

And all that was even before the centrepiece of the week  – a challenge for pupils to cycle the distance from Malin Head to Mizen Head on a stationary bike.

“The pupils took ten minute time slots on the bike and the distance covered was added together. It wasn't long before we were 'passing through' places like Gort, Ennis and Mallow on our way down the country!” said Mr Fitzgerald. They hope to apply for validation of their Active School Flag status shortly.

”We are in this position thanks to the great effort being made by all the pupils, the hard work of the staff and the support of parents and the local community,” said Mr Fitzgerald.

And it is not just within Herbertstown National School’s grounds that they are full of energy. The school promoted participation in UL Sport Children’s Run for Fun at the weekend and dozens took part.

Their enthusiasm is catching as there was also a strong uptake in the number of adults from the school community signing up for the Great Limerick Run.