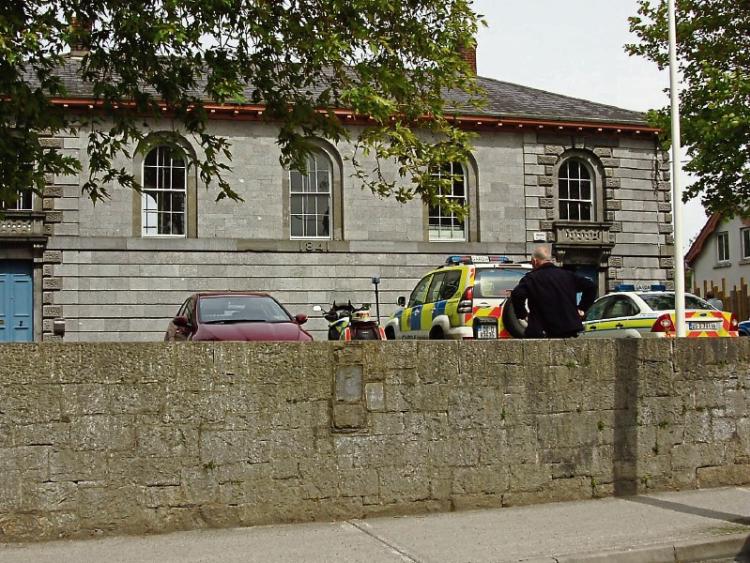 AN Adare man who collided with another car driven by a mother on a school run with her three young children, was convicted of dangerous driving at Newcastle West court.

Neil Jordan, Meribel, Tough, Adare, who contested the charge, was fined for the offence which took place at Kilknockan, Adare on October 14, 2014.

The driver of the other car, Adrienne McNamara said she had picked her son up from Shountrade school that day and had her two younger children in the car.

As she drove towards Adare she overtook two walkers, when “suddenly coming off a bend ahead of me, a car came at very high speed at an angle towards me”. The car hit her car on the passenger side, spinning in on the road. Cross-examined by solicitor for the accused, Rossa McMahon, Ms McNamara denied her driving had contributed to the accident and insisted, she had left the pedestrians “a good bit back the road” and was back on her own side.

A witness, Ursula Hadejucka, who was a passenger in a car behind Ms McNamara said they had also overtaken the pedestrians after Ms McNamara and were also back on their correct side the road when she heard the sound of the impact.

She did not see the collision, she said, but she rejected Mr McMahon’s suggestion that the pedestrians were much nearer to the point of impact.

Garda Pat Buckley attended the scene and in his evidence described the road as narrow and a tricky stretch of road.

He noted two skid marks from Mr Jordan’s car, one 43 feet before the point of impact. He agreed the road surface was uneven but said it wouldn’t affect driving. The accident occurred just over two feet from the grass margin, he said but he rejected Mr McMahon’s suggestion that Mr Jordan was forced to veer to the right to avoid Ms McNamara who was in the middle of the road. “The evidence doesn’t support that. She was not on his side of the road,” Garda Buckley said.

Another witness Valerie Ferriolli said she was out walking in single file with a friend  and saw three cars coming towards them, slow down. “The first car went past and there was a bang.”

She couldn’t remember if the other two cars had passed before she heard the bang. Neil Jordan told the court he knew the road well, having lived there for the first 20 years of his life. He was returning from lunch and was not in a rush. He had passed road works and was not travelling fast, he said. When he came to the bend, he went on,  he saw a car coming towards him, closer to the margin on his side of the road. “I had initially driven to the right trying to avoid collision,” he said.

Cross-examined by Inspector Brian O’Donovan, he rejected the suggestion he had made a wrong decision. “I had no choice. My decision was forced. There was no other road left.”

“If you had been on the correct side of the road and stayed there, no accident would have occurred,” Inspector O’Donovan said.

“I don’t agree with that,” Mr Jordan replied. He also disagreed that he had panicked.

“There is no doubt it was an unfortunate accident, with injuries on both sides,” Mr McMahon said and he outlined his client’s injuries which left him unable to drive for four months.

But he argued his client was not guilty of dangerous driving. “There is a clear dispute between both drivers about the position of Ms McNamara’s car,” he said. “I would submit Ms McNamara had not regained her side of the road.” There was a doubt and Mr Jordan was entitled to the benefit of that doubt. Furthermore, he said, Mr Jordan was reacting to a situation that was not of his making.”  And he cited case law which said that a mistaken action in a critical situation “might not constitute dangerous driving.”

But Judge Mary Larkin said she had to look at the overall driving. She also thought it was significant Mr Jordan’s car was an older car with no ABS brakes.

The defendant, she said, was adamant he was faced with an emergency and did the right thing by driving to the right of the road.

She accepted the evidence of the witness that Ms McNamara had pulled back into her own side and was satisfiedd on the location of the impact “immediately prior to the bend.”

She concluded Mr Jordan’s driving was not the driving of a reasonably prudent person. “He is lucky to be alive,” she said.

She convicted the defendant and fined him €250, disqualifying him from driving for two years.

She fixed recognisance with leave to appeal at €250 cash but imposed a fine of €140 for having no tax on the vehicle.