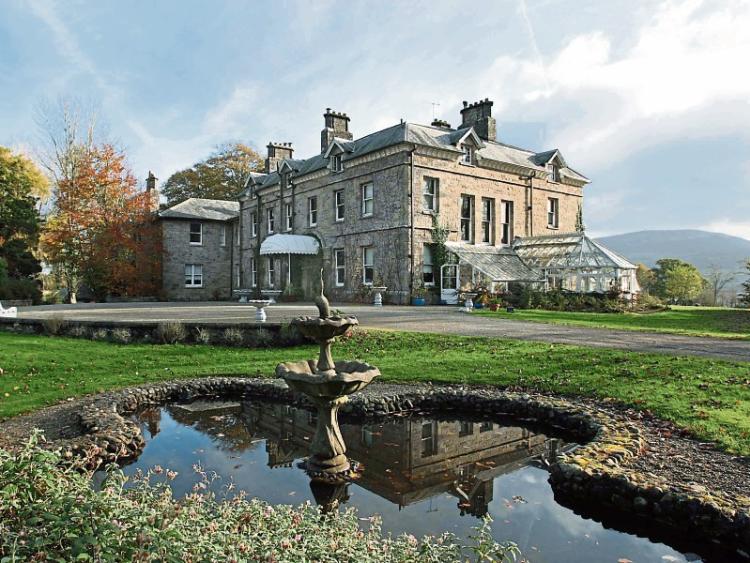 MORE than €100,000 worth of damage was caused during a burglary at a mansion owned by the son of Euromillions winner Dolores McNamara, a court has heard.

Two men will be sentenced in June for their role in the burglary, which happened at Tinerana House, Killaloe almost three years ago,

Jeffrey Lee, aged 44, of Cosgrove Park, Moyross has pleaded guilty to entering Tinerana House, the property of Gary McNamara, as a trespasser and committing theft on dates between August 17 and September 14, 2013.

During a sentencing hearing, Detective Sergeant Oliver Nevin told Ennis Circuit Court that while the value of the items stolen was around €10,000 they were sold for just €1,355.

Judge Gerald Keyes was told the vast majority of the €128,778 costs which were incurred by Mr McNamara related to the damage caused during the  break-in.

Det Sgt Nevin said the home was not insured as there was nobody living in the 19th-century 16-bedroom home at the time.

He said Mr McNamara was running a farm on the lands but would not have been at the house for two to three weeks.

Stephen Coughlan BL, prosecuting, said Mr McNamara contacted gardai on September 15, 2013 informing them the house had been “gutted” of almost all its light fittings,copper piping and cylinders.

Photographs of some of the damage caused were submitted to the court during the sentencing hearing.

“The antique light fittings from every room of the house were cut down with exposed wires showing,” said Det Sgt Nevin.

Adjourning the matter to June 24, next, Judge Keyes commented: “From looking at the damage shown in the photos, I find it very hard to accept that there was only one person involved in the burglary at the home.”