Dr Ed Walsh: We need to start the debate on euthanasia 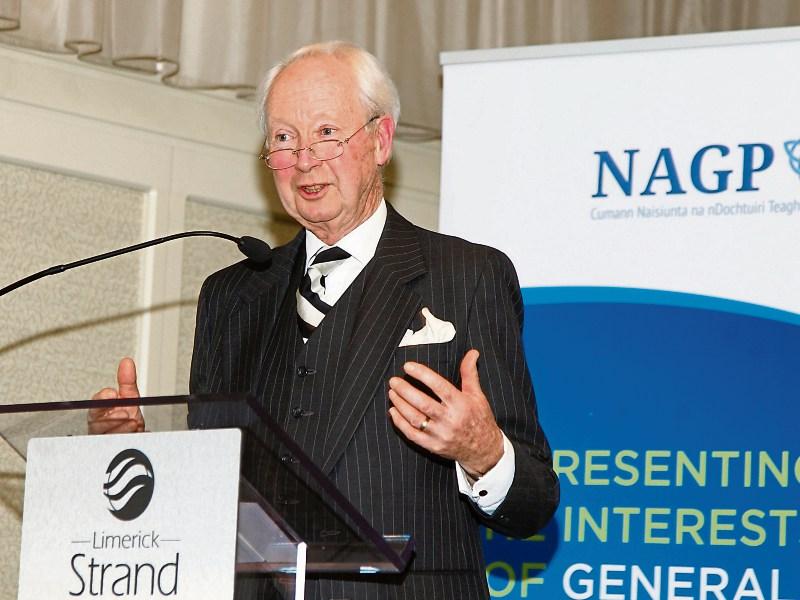 FOUNDING president of University of Limerick, Dr Ed Walsh has said that it is time to start the debate around the issue of euthanasia.

He made his comments at the National Association of General Practitioners’ regional conference at the Strand Hotel this week, during talks about reform in the primary healthcare sector.

Euthanasia – when an individual gives consent to a medical professional or third party to undergo a procedure to end his or her life – is not available in Ireland.

At the conference, he said that “we need to talk about euthanasia” for people experiencing their end of life.

“There are many, many people, who are old, who are being held together by the medical system, with the best intentions, but whose life is unpleasant. And I think we have to start debating how we look after our older people when they are reaching the end of life,” he told the Limerick Leader.

He added: “Should they be on a trolley for 19 hours, as a precursor to their death, or can we think of better ways of looking after people who are growing old?”

Dr Walsh added: “This is a topic that we will just have to start to debate. Of those, this is the most serious topic.”

Speaking at the conference on health reform, Monaleen doctor and NAGP president, Dr Emmet Kerin, called on the Government to adopt a long-term strategy that would see “much-needed” improvements in primary healthcare in Ireland.

He urged politicians to sign-off on a 10-year consensus, at a regional conference in the city centre this week.

Members of the public, local GPs and health professionals listened to discussions on a pot-ential health-care strategy and issues facing primary and secondary care.

Dr Kerin said that the new reform would see “politics taken away from healthcare”, and that five-year Government cycles “have failed the health service”. He added: “We need a 10-year consensus for health. A plan which involves all stakeholders – patient groups, healthcare professionals, public representatives and patients – is critical to ensuring an equitable and efficient health system. We need to create a plan for health that is independent of the electoral cycle and has a reasonable time frame to succeed.”

“We will need organisations to also make an input into this strategy, but this will have to be patient-centric. When we pitch ideas, we need the evidence that shows that this will help the patients.”

He added that there “needs to be more care at home, and not on the hospital trolley”. Dr Kerin has previously stated that overcrowding in GP clinics has led to the “compounding” of the University Hospital Limerick A&E, since free GP care schemes were introduced.

He said at the conference that he is hoping that GPs will be able to perform minor surgeries in their clinics, which he argued could be done “at an eighth of the cost”.

“We spend less than the US, thank God. But if you think that spending more money is the answer, then you are wrong. It’s not.

“What we have created is a mess. Do we have enough people in the health service? We have more than enough,” he said.

He added that an analysis of staff being deployed needs to be done to improve effectiveness.

He said that health services should develop a stronger integrated computer system that will allow professionals to share information.

Prof Finucane said it is “bizarre that we have been left with an abysmal IT system — and that needs to be put right”.

Ms Mitchell said: “We are spending €18bn on public and private healthcare every year and we are still not getting bang for our buck.”

Speaking from the audience, Dr Kevin Kelleher said that secondary care needs to be “subserviant to primary care”.