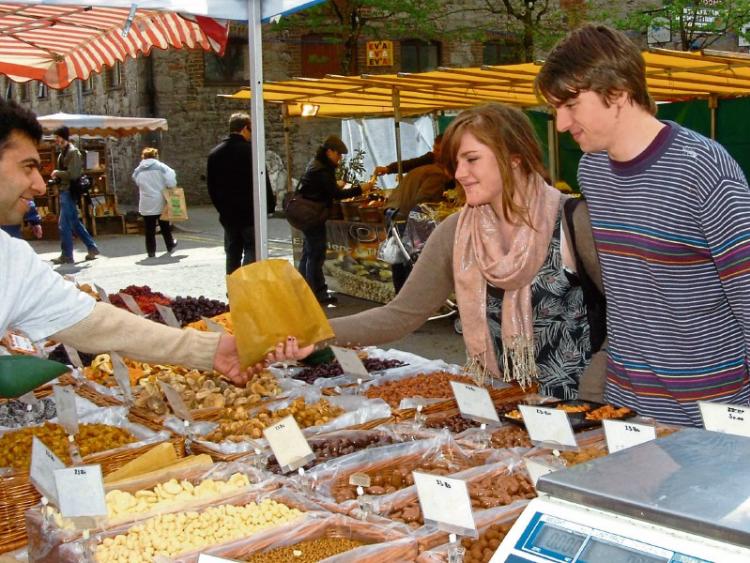 Unlike in previous years, the continental market is to move to a riverside location, in a move which has seen the rent the traders will pay increase by over 300%

THE organisers of Limerick's Riverfest have been criticised after it emerged the cost of operating a stall in the continental market had jumped over 300% from previous years.

Snack and beverage traders are being asked to pay out between €1,107 and €1,1722 to Grooveyard Productions, which is running Riverfest this year.

This price – which excludes electricity is to have a stall in the new Riverfestival village, which is being set up in Arthur’s Quay and Honan’s Quay. This is compared to a rate of €482.93 in previous years.

The new rates have been described as “exorbitant” by local Fine Gael councillor Michael Sheahan, who said a raft of traders have had to pull out this year.

However, a Riverfest spokesperson says you cannot base this year’s market on previous years, as it will be in a “more picturesque location” by the Shannon.

Cllr Sheahan said: “I think a jump like this in one year by over 300% cannot be justified. Last year, there was a rising price because Grooveyard claimed there were extra features. The traders lived with that. But four local traders have contacted me this year, and each of them has said they are absolutely shocked, and in the case of three of them, they could not afford to pay the extra money, and have had to pull out.”

One of these traders is Patrick Cleary, who has taken part in the Continental Market for the last nine years with the Irish Chocolate Fountain stall.

He said: “The cost is too high, it would not be feasible to do it. There would be no point me doing it, I would not make any money.”

Mr Cleary also said the way the Riverfestival village is designed – with huts as opposed to the stalls of the past – is more suited to winter, and actually costs the traders again, as they will have to pay out to get new signage made.

However, a spokesperson for Riverfest said the costs are higher “because the 2016 market is based around a picturesque Riverfestival village in Arthur's Quay Park.”

”The event is completely sold out in terms of traders and has been for the past six weeks. ​Our participating traders are delighted with what's on offer so far and we're looking forward to a fantastic weekend,” they added.