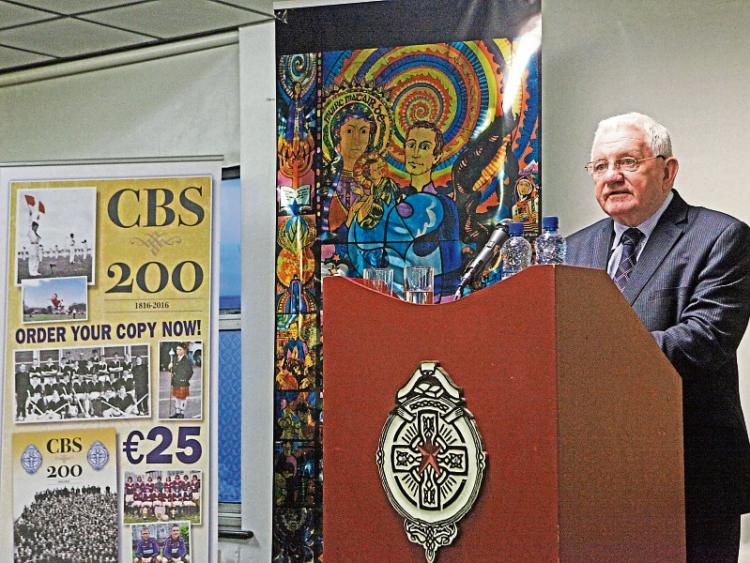 “A night of emotion, reflection and reunion.” The words used by Noel Earlie, past-principal of CBS Sexton Street, to describe the recent launch of CBS 200, a commemorative book celebrating 200 years of the Christian Brothers in Limerick.

Over 250 people descended upon the Mary Ryan Centre, at Coláiste Mhícíl (the CBS Secondary School at Sexton Street) for the book launch, travelling from far and wide to attend; indeed Rob Kiely came all the way from China.

Some were past-pupils who felt as if they were travelling back in time, with one gentleman having attended Sexton Street 70 years ago. It was a family event too with several sets of brothers turning out to support their old school, including the Bourkes, the O’Gradys, the Phelans, and the Brosnahans.

The book was launched by Br Michael Murray, a director of the Edmund Rice Schools Trust. Br Murray was in the mood for an analogy. He said this book was “no little punt on the Shannon” but a veritable “ocean liner” of a book in size and content.

He commended the committee members for their hard work and dedication over three years in bringing this mammoth project to fruition. He pointed out that though not a tall man, he felt seven feet tall having heard the many fulsome tributes paid to the Christian Brothers and their work for the promotion of education right throughout Limerick City.

A special presentation was made to Donal Russell in appreciation of his exceptional work from the project’s inception right through to getting the book to print.

The current principal of Coláiste Mhíhíl, Tom Prendergast, reflected on the legacy of the original three Brothers, Dunphy, Kelly and Grace, who came to Limerick in 1816 and wondered how they would feel now could they see the progress that has been made in education in Limerick since their first endeavours.

Patrick Hanley, principal of the CBS primary school, Scoil Íosagáin, reflected also on the legacy of those first three Brothers and their successors and especially on their influence outside the classroom as volunteer coaches in sporting and cultural pursuits.

“They gave so much, for so little, to so many,” he said. He spoke too of the services the monastery provided the community, from providing food to many in dire circumstances to helping people with literacy difficulties to read or write letters and in filling in application forms.

Reflecting the broad range of influence of CBS education in Limerick, those in attendance were drawn from all walks of Limerick life. There was certainly no shortage of sporting heroes. Al Finucane and Kevin Fitzpatrick represented the soccer fraternity, Eamon Cregan, Ralph Prendergast and Vivian Cobbe were among the hurling greats to attend, athletes Ronnie Long and Bernie Hartigan attended, and Niall O’Donovan and Francis Brosnahan represented the world of rugby.

Pat Nash, who contributed an article to the book, was one of the many CBS pupils who went on to serve with distinction in the Irish Army, retiring at the rank of Lieutenant General. In his article Pat suggests that CBS Limerick was “… truly a nursery for Defence Forces leadership.” 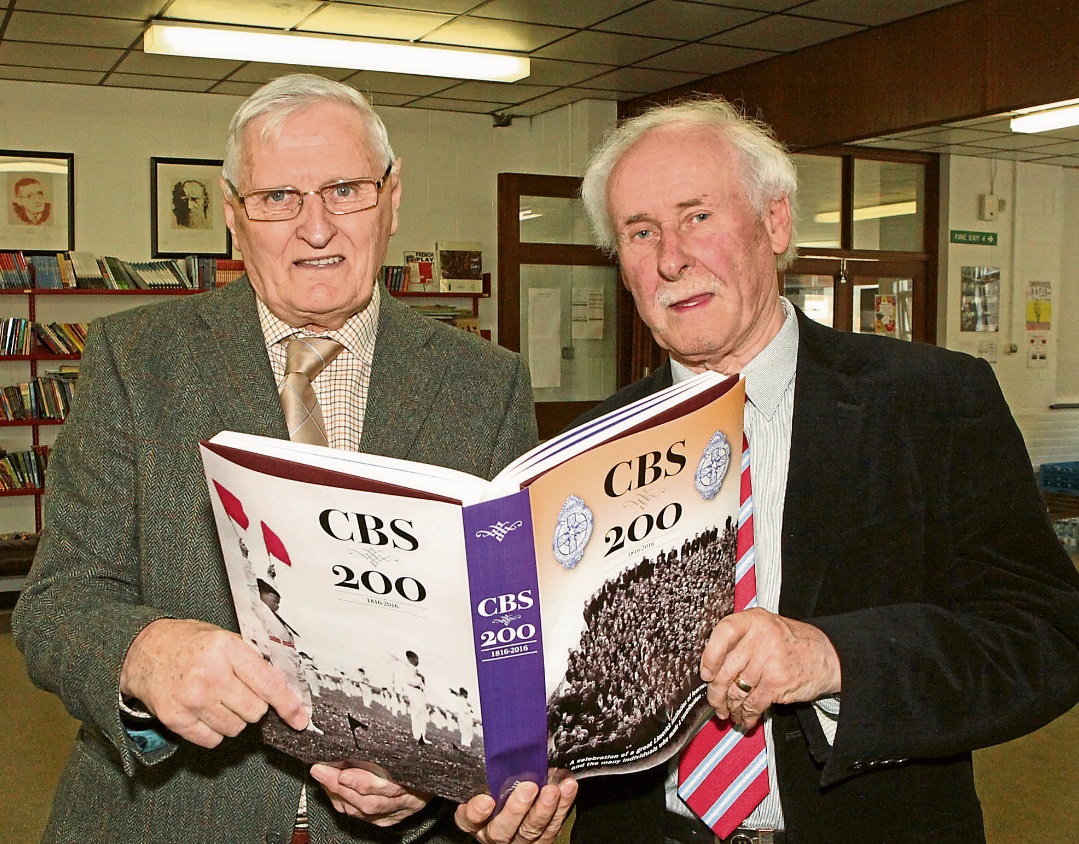 Noel Earlie, who acted as MC for the event, says that there has been already very positive feedback about the book, the committee having received many congratulatory emails and calls from all over Limerick and from further afield. Noel says with work on the book out of the way, the next challenge is to prepare for the educational needs of Limerick for the next two centuries.

The book, which retails at €25, is selling out quickly but some copies are still available from the CBS Primary School (Scoil Íosagáin), 061-416628.