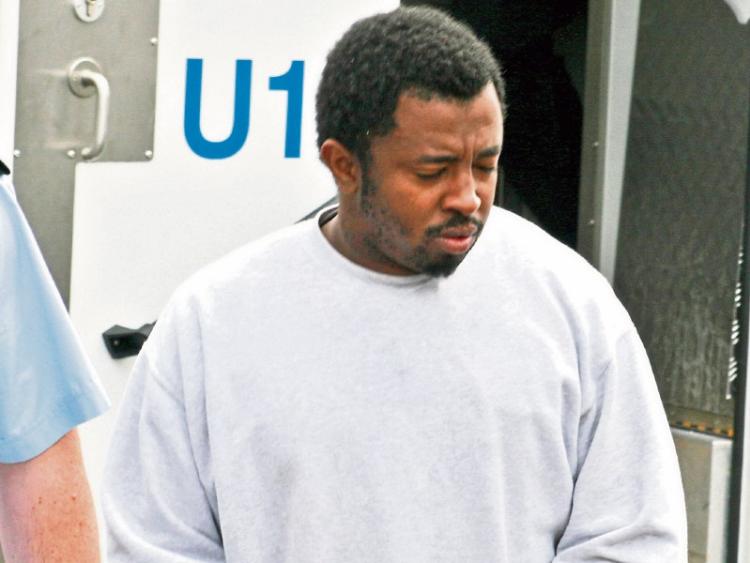 A RESIDENT of a Limerick centre for asylum seekers missing a bus because it went too early sparked an assault, heard Kilmallock Court.

Garda Elaine Freemantle travelled to Tralee to interview Bah following a complaint and asked him what happened on the date.

“I was in my room. The bus was supposed to come at 4pm. I went to the toilet at 3.58pm and told a person to tell the bus driver to wait for me. The bus pulled out at 3.59pm. I shouted at him but the driver didn’t stop. Then the bus came back and drove away again.

“At 4.06pm I told Andrew [Mr Gronskis] I was not happy and I wanted to speak to the driver. He said the driver does not want to speak to me.

“He said, ‘If you make it hard for me, I will make it hard for you’ and said he was going to do a general search. He saw two girls in my room, no problem — one was my girlfriend and her friend. We went downstairs and he hit me in the cheek. He tried to hit me again and followed me out the door. I was trying to defend myself,” said Bah.

“I was close to him but I didn’t spit. He hit me first, I was not drunk. He came to get the girls out to provoke me because I asked him for my right to get the bus,” said Bah, who was found to have swelling on his cheek.

Garda Freemantle said Mr Gronskis admitted slapping Bah and this was dealt with by way of an adult caution. CCTV footage of the incident was shown to Judge Marian O’Leary

Erin O’Hagan BL, who was defending Bah, said her client was also punched in the ribs and was “manhandled at ferocious speed outside”.

Mr Gronskis said on the day he was in Foynes to pick up some items and returned at 4.05pm.

“He [Bah] came to me saying he needed a bus into town as it went too early. I said it was his responsibility. He said, ‘The drink is too important’. I went up to check his room and there were two women. He knows he is not allowed to have third parties in his room. I told them to go to the common area or leave.

“They didn’t want to stay in the premises. He was very aggressive, abusing me with a big amount of words. He spat at me. My automatic reaction was to slap him. It was always open handed, never a closed fist. He was hitting me mostly into the face. I was trying to get him out of the building so it didn’t escalate,” said Mr Gronskis.

The manager said he had a cut lip, eyebrow and bleeding from his nose and a cut on his head.

Ms O’Hagan put it to him that Bah allowed the search of his room and the women left. “Yes,” said Mr Gronskis.

The barrister asked if he contacted the bus driver. “He didn’t let me. He was arguing the whole time,” said Mr Gronskis.

A security guard, Gerard Hayes said he was there when Bah’s room was searched and saw alcohol and two women.

“This is not allowed. He was verbally abusing Andrew. He spat in his face and Andrew slapped him. Bah was punching him. Andrew was trying to remove him,” said Mr Hayes.

The last person to take the stand was Bah. Asked if he would prefer to swear on the Quran instead of the Bible, he replied: “I can swear on anything you bring.

“I didn’t tell him I was having a party. I told him I wanted to go to Foynes to get drink. He said “general search”. The bus went before its time. It is the bus driver’s fault. He [Andrew] wanted to ignore my rights. I asked can he call the bus and he said no.

“I did tell him to f*** off and a bit of spit might have come out, I don’t know. He hit me. He took my girls out and refused to call the bus. It was like I didn’t exist,” said Bah, who admitted he tried to hit Mr Gronskis, but said he missed him.

Sergeant Michelle Leahy asked Bah whose responsibility it was to get the bus. “I was there bang on time. It went before,” said Bah.

Sgt Leahy said Bah told Mr Gronskis to “f** off”, punched him and pushed him through the door”. “He punched me,” said Bah.

Ms O’Hagan said her client had been living in Mount Trenchard since 2005 and had no previous incidents there.

“He was not intoxicated, he was not having a party. When the manager asked the two ladies to vacate the premises they did. He asked him to ring the bus driver after he went early. The manager did not do this causing my client to become irate. He did tell the manager to ‘f*** off’; Mr Gronskis proceeded to punch him and it turned into a scuffle,” said Ms O’Hagan.

Judge O’Leary said she had listened to the evidence, watched the CCTV and found the State had proven their case. Bah has 51 previous convictions including assault, public order, handling stolen property and robbery. She sentenced Bah to five months imprisonment, suspended for two years.