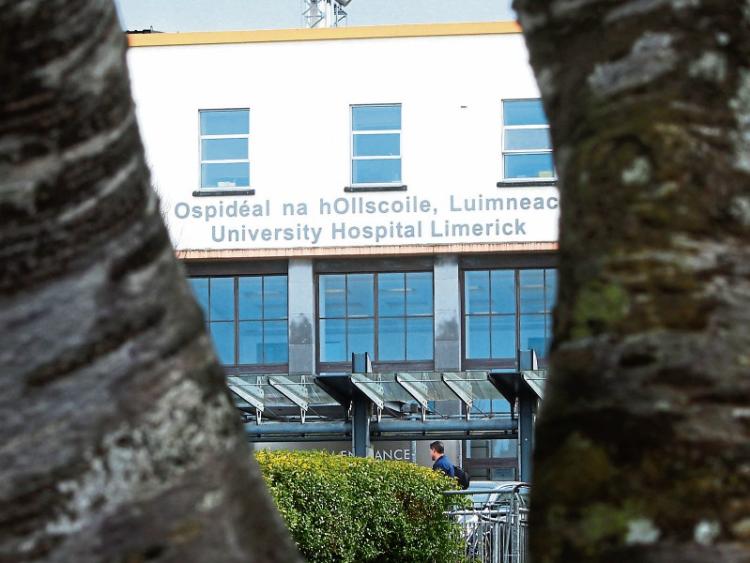 MORE than 30,000 patients were on a waiting list for treatments and appointments in Limerick last month, according to recently published figures.

Statistics published by the National Treatment Purchase Fund show that there were 21,395 people waiting for appointments and 2,877 waiting for inpatient or daycase treatment, at University Hospital Limerick by the end of March.

This is an increase of more than 1,500 patients on UHL waiting lists, in comparison to monthly figures for February.

Including those seeking appointments and treatments in UHL, Croom Orthopaedic Hospital and St John’s Hospital, there were 31,025 people on waiting lists.

The numbers of those seeking outpatient appointments in the Dooradoyle hospital in dermatology, gynaecology, ophthalmology, rheumatology and otolaryngology (ears, nose and throat) rose significantly since last month.

However, there were reductions in outpatient waiting lists in anesthetics and geriatric medicine.

A spokesperson for the UL Hospitals Group said that waiting lists for the entire group grew by 2,074, which is a 0.09% of the total number of patients seen last year.

“In 2015, UL Hospitals Group saw almost 225,000 outpatients and over 44,000 daycase patients and the numbers currently waiting for inpatient or outpatient appointments should be viewed in this context.

“All patients who are waiting – either for their initial outpatient appointment or for a surgical procedure – are prioritised according to medical need. Beyond this, and in accordance with the national targets, UL Hospitals Group will continue to focus on seeing and treating those who have been waiting the longest.”

The spokesperson stated that the increasing demand an increase in the number of urgent referrals — in dermatology, rheumatology and general surgery — are among the reasons for the surge in waiting list numbers.

“It is important to also note that the numbers on waiting lists for inpatient or day case treatment can be cyclical as patients who attend outpatient clinics are identified for inpatient and day case treatment and placed on the relevant waiting lists. The first quarter has always been a time when, due to intense pressure on beds, we need to reduce non urgent surgical activity to free up beds for Emergency admissions,” the spokesperson stated.

Some patients, the spokesperson added, are presented with “chronic, complex illnesses” and cannot, sometimes, attend appointments.