Moran calls for Limerick be given resources to grow to '750,000 people' 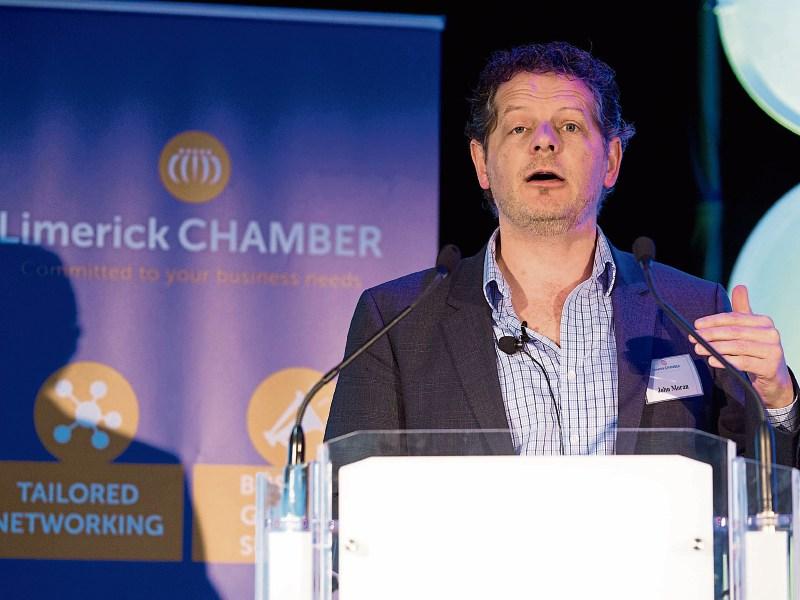 FORMER secretary general at the Department of Finance, John Moran, has repeated his assertion that Limerick can be Ireland's "second city", yet this time to an audience at Dublin's Chamber of Commerce.

Mr Moran, chair of the Hunt Museum and a board member that played a key role in bringing Narrative 4 to Limerick, as well as working on contract with Uber Ireland, told the Dublin 2050 Conference that he was "calling for a real balanced debate" and "and some real forward planning rather than continue to go blindly into the future with everyone competing with each other".

The Mungret native, a member of the Limerick Economic Forum, first made the same call at a Limerick chamber event in Thomond Park in February.

He said then that there was a golden opportunity to become Ireland’s second major city – but to achieve this, a dramatic change was needed in how people see their way of living.

Speaking this week in Dublin and admitting his bias as a member of the Economic Forum, Mr Moran said "a Limerick metropolitan area encouraged to grow rapidly to a vibrant urban part of 600,000-750,000 or more would not only provide considerable relief to Dublin but it would ignite not just rural Clare and Tipperary but also Galway and Cork who would find new services only an hour away rather than the more than two hours to Dublin.

"They in turn would attract more activity from Dublin and help greater economic spillovers into the areas between each of the cities.

"Of course, if we had enough to put the services in each of Galway, Cork and Limerick at the same time I would do that. But sadly we don’t and so we need to think if the right approach is not to start with one and as we succeed and create value, we can invest more elsewhere rather than investing a little everywhere and nothing works.

"So in short, I would suggest that taking a city already working to fix years of neglect and seeing a mini renaissance as it retransforms itself along the modern lines I mentioned above could help focus the scarce resources until we have the right solution which we can then spread elsewhere."

Mr Moran told the Limerick Leader at the Narrative 4 launch that development such as the global arts-education organisation setting up in Limerick and the Limerick 2020 bid for European Capital of Culture was "all part of one big goal, a patchwork quilt, if you get all the pieces coming together nicely, than you just get a radical transformation of the way the city works".