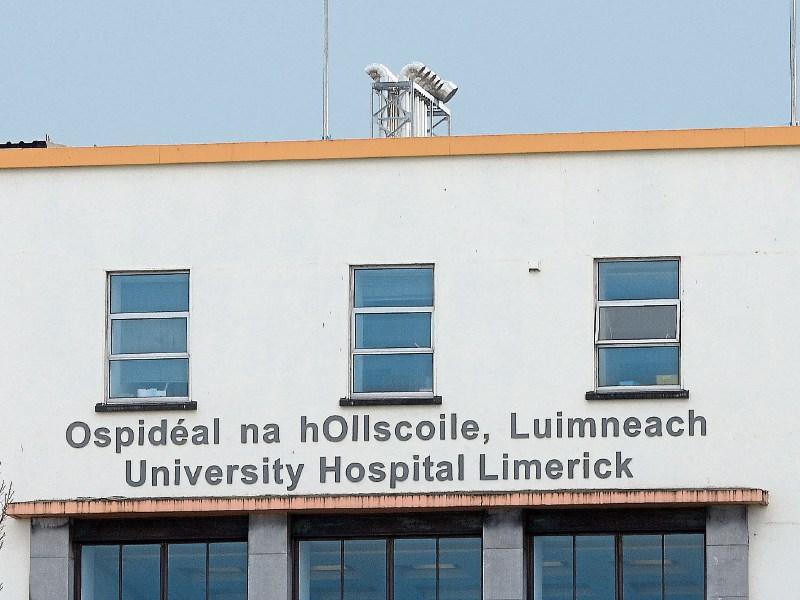 THE emergency department at University Hospital Limerick was the busiest in the country on Wednesday morning, according to recently published figures.

According to the Irish Nurses and Midwives Organisation, there were 25 patients treated on trolleys in the Dooradoyle A&E and 16 people being treated on additional trolleys or beds in the wards.

This is contrast with Tuesday morning's figures, when there were 15 patients being treated on trolleys in the A&E and the wards.

According to monthly figures published by INMO, there were 710 patients being treated on UHL trolleys in March, which was the busiest March the hospital has so far experienced.

A spokesperson for the UL Hospitals Group said, in response to the March numbers:

"UL Hospitals Group has long acknowledged that the emergency department at UHL is simply too small for the volumes of patients attending and is not fit-for-purpose.

"A new state-of-the-art emergency department, that will triple the size of the current department, is currently being fitted out and will open in the first quarter of 2017. Once built, the experience of our ED patients will improve immeasurably in terms of comfort, privacy and dignity."

According to the spokesperson, during March, the emergency department at UHL had 5,417 attendances, "which equates to an average daily attendance of 175 patients. On a number of occasions during the month attendances exceeded 200 patients".