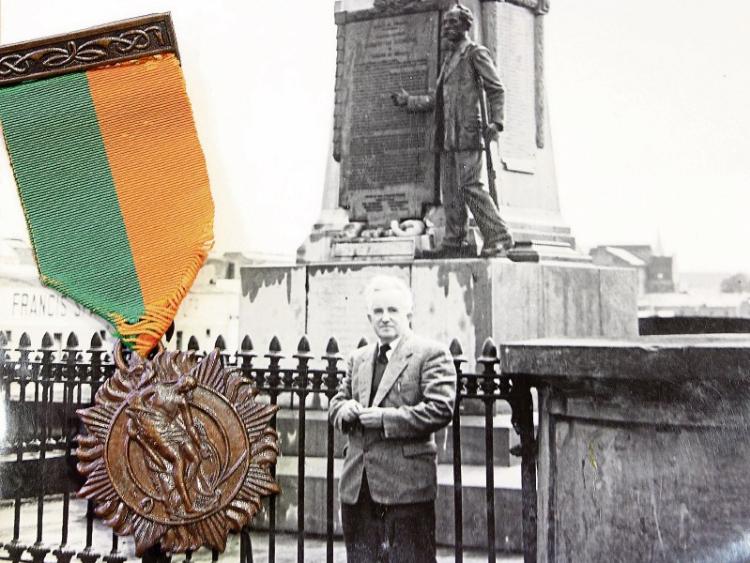 Éamon Dore in the late 1960s, at the 1916 Memorial on Sarsfield Bridge. His 1916 medal is part of the exhibition by the Glucksman Library at UL

“IF HE hadn’t escaped through Moore Street, I wouldn’t be here.”

Mairéad Dore, 88, rests on her living room chair in her home on the North Circular Road, admiring the words that her father, Éamon T Dore, wrote for the Limerick Chronicle in 1966, when he recounted the events surrounding the 1916 Rising.

Mairead lives in the house with her sister Nora, 93, éamon’s eldest daughter. All around the room, on wooden panel walls, is an assortment of artwork that Éamon collected after his years of freedom fighting. Above the fireplace is a large portrait of her uncle, Commandant Edward Daly, and resting on a shelf across from her is a pencil sketch of C’s close friend, Éamon De Valera.

éamon Dore was one of the youngest ever recruits in the Irish Republican Brotherhood, in 1912. He was then just 16, and he became an active member of the Irish Volunteers in 1916.

Born in Glin in 1896, Dore acted as Seán MacDiarmada’s confidante in the lead-up to the Rising and was by his side at the GPO, during the rebellion on Easter Monday. However, his commander ordered him to escape through Moore Street so that he could return to his family.

During his escape, Mairéad told the Limerick Leader, the man next to him — Michael O’Rahilly, known as ‘The O’Rahilly’ — was shot and bled to death. Though éamon made a lucky escape, he was arrested and brought to Frongach internment camp, in Wales, for nine months, where he continued to work on IRB business with Michael Collins and his comrades.

His time in prison, Mairéad said, left him with one working lung. 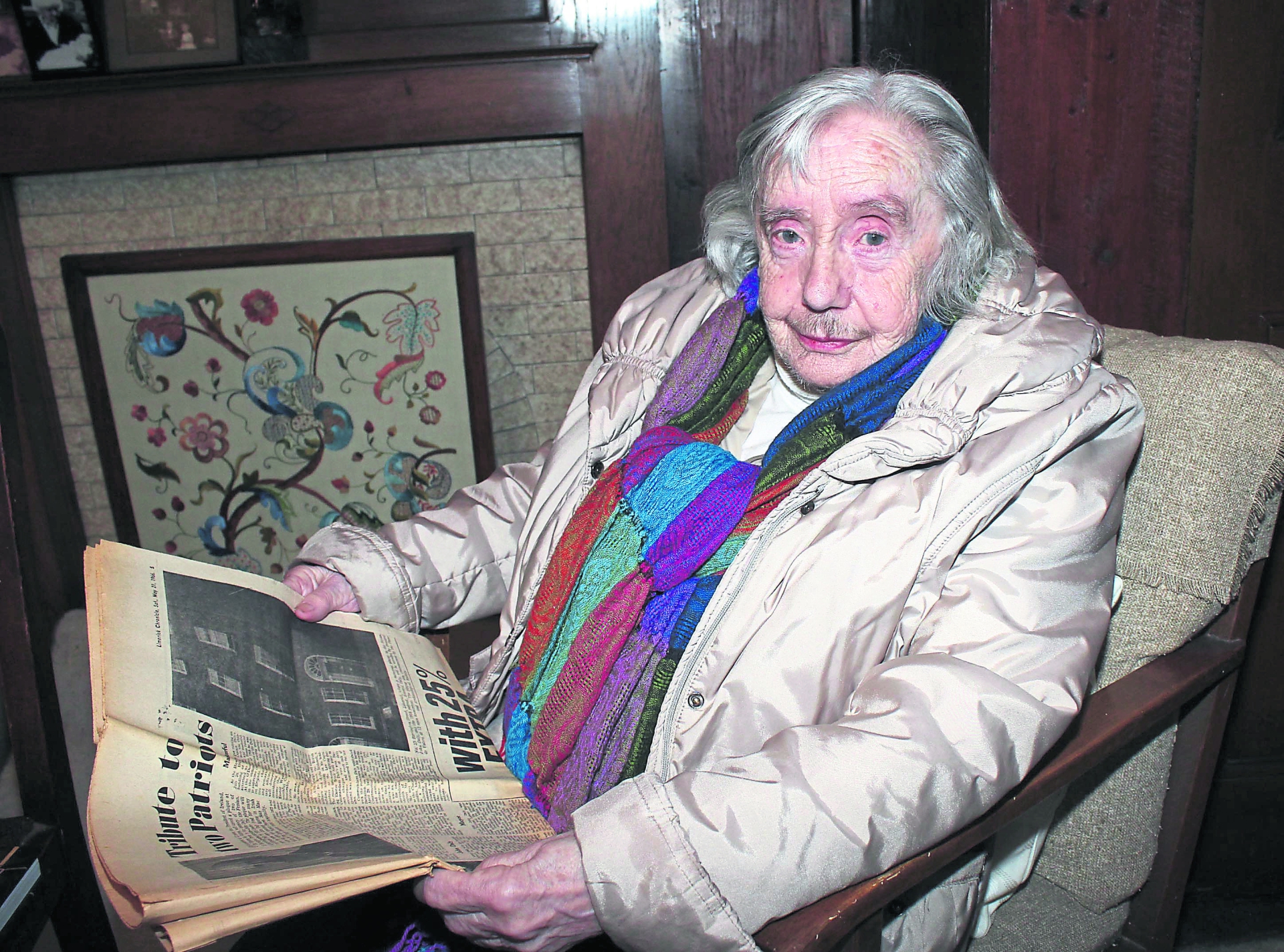 “The conditions at the camp were so bad. It was very unhealthy. There were too many of them there, and it was a jail that had been condemned for ordinary prisoners. It was empty, so they were sent there. A lot of them came out in very bad health,” she explained.

Mairead said that Éamon, who died in 1972, often fondly remembered the Rising for two reasons; his fight for freedom, and the moment he met his wife-to-be — Nora Daly.

The two met during their travels to Dublin, as she was, too, a messenger for the Volunteers, as a key figure in Cumann na mBan. After the Rising, the couple continued their relationship, and she visited him at his sister’s home in Shanagolden during his time of convalescence. They married in 1918.

Due to his illness, Éamon retired from fighting and retreated into private life, like the Daly family, who were left heartbroken after the execution of in-law Thomas Clarke and brother Ned Daly, and the death of uncle, John Daly.

“They were left with a family of all women and no men,” Mairéad said. Edward Daly Senior died before the only Daly son was born, following the 1867 Fenian Rising.

However, in the background, until 1921, Dore had arranged, with leading Volunteer Diarmuid O’Heg-arty, a secret service in Limerick, where they “collected and forwarded intelligence reports and instructions to and from General Head-quarters and Limerick”.

For the remainder of his days, he ran the Daly bakery on William Street with his wife, which she said “suited him perfectly”, as he quickly became a public figure in the city.

“He never grumbled about not being able to continue. But a lot of people visited him, and he was such a great talker. He loved people. It was a great meeting place for him, as he was a very popular person.”

She said he was “not a fan” of Michael Collins. This is evident in his Statement of Witness, in 1950, when he and his fellow comrades admonished  Collins for swearing in “an unsuitable” IRB member, at the internment camp, when he was deemed to be a “newcomer” in the Irish organisation.

When the Rising took place, the IRB and its constitution had been quenched, but could be reignited if it had been required. However, Dore wrote: “Obviously, nothing like this should be done by a small caucus, and this was why Collins was reprimanded for his precipitate action”. Collins then “blamed me [Dore] for using my influence against him. I believe it was because of this that I was not invited to attend another meeting in Frongoth at which Collins, Dick Murphy and Frank Shouldice were present amongst others”.

After he gave up the rebel life, Éamon kept his close ties with old friends, including Éamon De Valera, who used to socialise with the Daly family in later years.

“He was very friendly with De Valera. When Dev would get bored in the Áras, he would ring him, and they would go through the whole of it [the Rising] again. They would spend the whole night on it,” she laughed.

When asked why her father, given his influence in Limerick city, never became a public representative, Mairéad replied: “De Valera always asked my father to run for the locals and the general elections for the Fianna Fáil party, but he wasn’t interested.”

He would, she says with evident pride, have been “a great contender”.