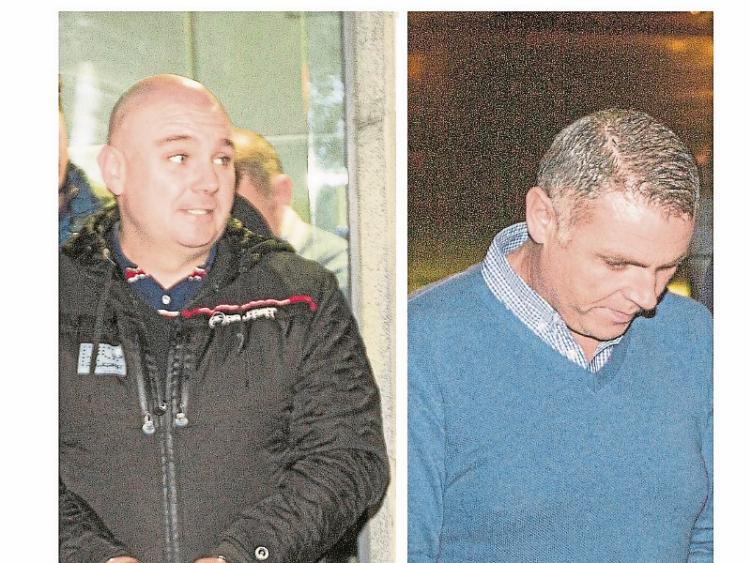 Kieran Collopy, left, and Brian Collopy will be sentenced on May 13

TWO Limerick brothers who are charged in connection with a significant drugs seizure last year will be sentenced next month after they affirmed their guilty pleas.

Earlier this month, Kieran Collopy, aged 40, of St Ita’s Street, St Mary’s Park and Brian Collopy, aged 43, of Kilonan, Ballysimon admitted possession of heroin, worth around €50,000 for the purpose of sale or supply.

Both men were arrested on December 15, last after gardai – led by members of the divisional drugs unit – searched a house at St Ita’s Street, St Mary’s Park following a lengthy covert operation.

Unusually, the case was sent forward for hearing at Limerick Circuit Court without a book of evidence being prepared after each of the defendant’s signed guilty pleas in the district court.

Appearing before the Circuit Court for the first time on Friday, the brothers, who both have criminal convictions, affirmed their guilty pleas.

The brothers have been in custody since they were arrested, as gardai objected to bail — saying they feared they would not stand trial as they have access to property outside the jurisdiction and have travelled abroad regularly over the past two years.

Having consulted with John O’Sullivan BL, prosecuting, Judge Tom O’Donnell agreed and he indicated he will deal with the matter on May 13, next.

Given the value of the drugs seized, each of the defendants face the prospect of a minimum mandatory sentence of ten years’ imprisonment unless Judge O’Donnell is satisfied it would be unjust to impose such a sentence given the circumstances of the case.

There was high security around Limerick Courthouse during the brief court hearing as the brothers were flanked by four prison officers and gardai as they stood in the dock.

While, members of the armed Regional Support Unit (RSU) were also deployed outside the courthouse there were no incidents.