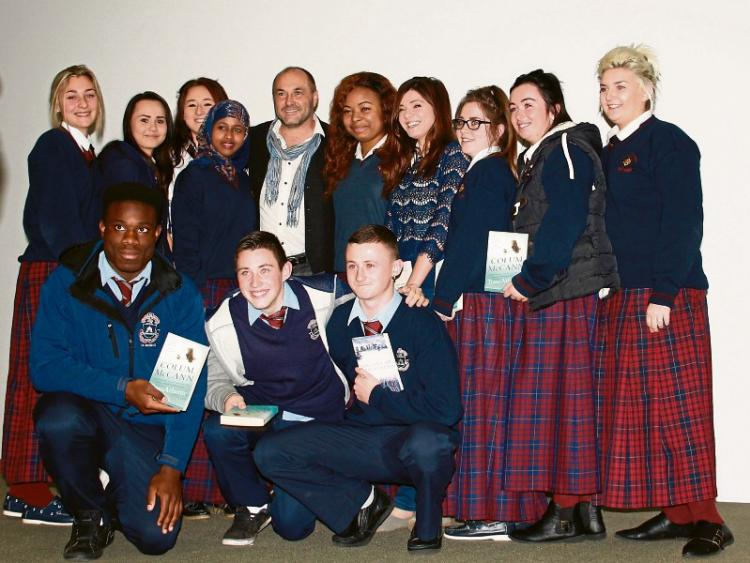 AUTHOR Colum McCann is to launch a new global HQ for international arts education organisation Narrative 4 based in the city centre this Sunday.

McCann, co-founder and president of the New York based group, which promotes social change through storytelling, will preside over the launch alongside Hunt Museum chair John Moran, former secretary general in the Department of Finance, who is a board member of the project.

Narrative 4, which is backed by Amazon founder Jeff Bezos and Star Wars director JJ Abrams – among many others – is to take over the building at 58 O’Connell Street for its global HQ.

Originally founded by more than 100 artists from around the world, including Salman Rushdie, Sting and Ian McEwan, it is also supported by several high-profile Irish and American business people, including Loretta Brennan Glucksman.

Moves to open an office in Limerick have been some time in the making. During City of Culture, Narrative 4 ran a pilot programme in a number of city schools, the first time it had participated in an “international story exchange”. The team was convinced by the enthusiasm shown for the scheme and, McCann said, that it “was not only needed in the city (but) could be a real success story”.

Executive director Lisa Consiglio said Narrative 4 was “based on the simple idea that by knowing the story of another, we are able to better understand each other”.

Limerick City and County Council is supporting the scheme by providing the office space in the former county library building, while UL is also a key supporter. John Moran, who has been a prime mover in bringing Narrative 4 to Limerick, said the organisation was “about action”.

“We find that when people exchange stories, they go out into the world and change things. We're delighted that Limerick will be the focal point,” he said.

Ms Consiglio said Limerick “was the natural choice for our first global headquarters”.

“Ireland is steeped in storytelling. The country has given birth to some of the world's finest storytellers, and we are pleased to call it home as we carry out our mission to build a community of empathic global citizens who are improving the world through the exchange of personal narratives.”

Narrative 4 will hold its global summit in Limerick, Dublin and Belfast in June. Among the participants will be several Irish and international authors as well as Senator George Mitchell.