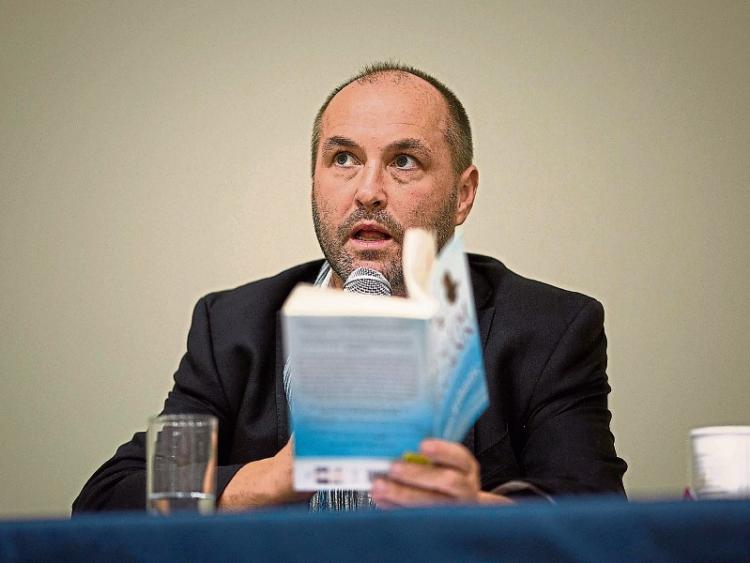 Colum McCann is looking forward to Éigse Michael Hartnett, which he thinks is a ‘wonderfully ambitious’ festival

INTERNATIONALLY acclaimed writer Colum McCann, whose work has been translated into 35 different languages, is looking forward to his visit to Newcastle West this weekend for Éigse Michael Hartnett.

“I love the idea of hanging out in Newcastle West. For my sins I’m a Dub, but I think I have the spirit of the west in me,” he said this week, speaking from the US where he has lived for the past two decades, ahead of the start of the festival on Thursday evening.

And in particular, he said he was looking forward to Saturday night when he and singer/musician Colm Mac Con Iomaire will perform a double act as the finale of the three-day festival.

“I can't wait. I think he's one of the most brilliant musicians in Ireland at the moment, if not the world,” Mr McCann said. “These days I write to his music a lot. It feels like he puts the rosin on the bow for me. The chance to be on stage with him is a great honour.”

Colm Mac Con Iomaire is a traditional and classical violinist, singer and composer, and a founder member of the band Kila. He went on to join The Frames in 1991 and in 2006, he joined Glen Hansard and Markéta Irglová as a touring member of their band The Swell Season. He has two solo albums, most recently And now the weather which was launched last year. He also has family connections in Newcastle West.

For award-winning writer Colum McCann however, it is a first trip to Newcastle West but he is a fan of the poetry of Michael Hartnett.

“The South American poet Lorca said that good poetry examines the pulse of the wound that probes through to the opposite side.  I think Michael did that, or rather continues to do that. What I mean is that he still feels alive. The work continues. I like that wonderful cocktail of loss and anger and humour that characterises his poetry,” he continued.

“I think the festival is wonderfully ambitious,” Mr McCann said. “For example I’m grateful for the fact that Narrative 4  is going to do an exchange.”

Narrative 4 is a not-for-profit organisation founded by Mr McCann and other writers and artists which aims to foster social change and develop empathy and leadership through story-telling. The organisation is opening a global headquarters in Limerick this weekend but meanwhile, Eigse Michael Hartnett has collaborated with Narrative 4, organising workshops and a Story Exchange as part of the festival programme.

Éigse Michael Hartnett kicked off this Thursday with key-note speaker and poet, Rita Ann Higgins and the presentation of the Michael Hartnett Poetry Award. Over the weekend, there will be readings by Michael Coady, Jane Clarke and Mike MacDomhnaill as well as performance poetry on the streets and in the cafes and bars around the town.

Exhibitions, an integrated dance performance inspired by a poem of Michael Hartnett’s, a walkabout, writing workshops for children and a poetry slam with a generous €300 prize are all part of the programme.

Éigse Michael Hartnett was launched earlier this month by award-winning author Donal Ryan who will deliver the Michael Hartnett Memorial Lecture on Saturday morning. And booking is advised for those wanting to attend the evening with Colum McCann and Colm Mac Con Iomaire.