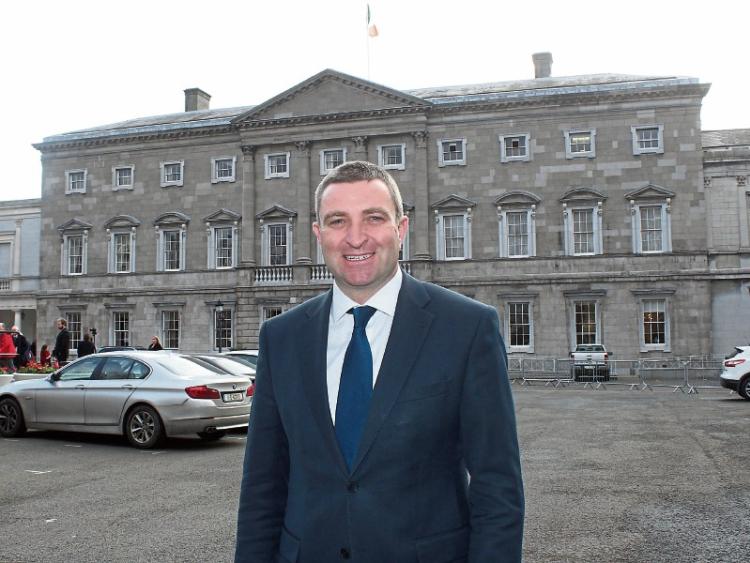 AS the Dail prepares to vote once again for a Taoiseach, a senior local Fianna Fail TD says it is “likely” there will be a Fine Gael minority government.

County Limerick polltopper Niall Collins was speaking as talks continued among the two biggest parties over forming a government to lead the 32nd Dail.

Meanwhile, despite it being almost seven weeks since the general election, Fine Gael TD Patrick O’Donovan has said he “wouldn’t be surprised” if the vote for Taoiseach “drifted into next week”.

“I wouldn’t like to put a timeframe on it. Whatever happens, it is going to be something very different,” he warned.

Willie O’Dea, Fianna Fail, said “all the indications are” that their civil war rivals will lead a minority government.

The comments come despite claims from Health Minister Leo Varadkar that Fianna Fail may take a “slightly different view” on the make-up of the next government.

Fine Gael is hoping Enda Kenny will be elected Taoiseach at the third time of asking this Thursday with at least the bare minimum required to run a minority government.

If he is successful in this, a cabinet could be appointed next week.

Both Mr Collins and Mr O’Donovan have turned fire on Independents and smaller parties, particularly Sinn Fein, for their lack of participation in governmental talks.

“What has left a lot of people speechless are the number of TDs who want to play no role in the formation of a government, who feel they have no responsibility to do anything, nor do they want to be responsible for doing anything. They just want to conquer opposition for oppositions sake,” said Mr O’Donovan.

Mr Collins believes at the next general election the surge of Independents will be “corrected”.

“At least with political parties, you know what they stand for and what their position is. Unfortunately, Independents do not seem to want to take any position,” he said.

On the prospect of another election in a short time, he added: “Will it be sooner or later? I think it will be later”, while Mr O’Dea feels it will be a “reasonable period” before the country goes to the polls again.

The city Fianna Fail polltopper said it is unlikely his party would pull out tacit support for a Fine Gael minority when it most suits them.

“You cannot afford to be pulling plugs opportunistically. The public would not thank you for that. We have said on a number of occasions we would be responsible. If the govenrment is presenting policy we broadly agree with, there would not be any point in pulling it down,” he said.  Mr Quinlivan said: “Fianna Fail cannot have it both ways. They cannot be in government, and have a go at opposition too. That’s what they are trying to do.”