The owner of a ticket sold in County Limerick and worth €117,317 has until Friday to collect it 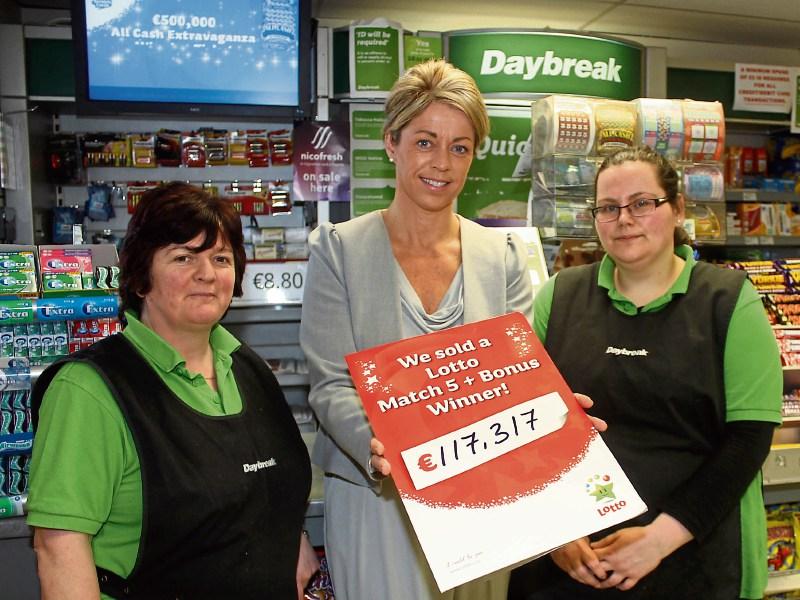 TIME IS quickly running out for the owner of a winning Lotto ticket - sold in County Limerick - to claim their prize.

Somebody out there has €117,317 just waiting to be lodged into their bank account.

A newsflash is being displayed on all digital signage in National Lottery agents in the Limerick area from now until Friday’s deadline reminding players to check their tickets.

The unclaimed sum has been the talk of Ballyneety since the news emerged said Aideen Fitzpatrick, proprietor of Elm Court.

“People have been rooting around in their handbags and obviously we encourage everyone to have a look to see if it is lying around at home or in the car,” said Ms Fitzpatrick.

There is one very worried man in the area.

“He was saying it early on that he had lost his ticket. Then as time passed and it still wasn’t collected he said, ‘God, maybe it could have been me’.

“We were looking to see if he was here at a certain time and if the ticket was sold at that time we could prove it with our cameras but our cameras only hold footage for six weeks,” said Ms Fitzpatrick.

But despite her best efforts it would have been to no avail as the Limerick Leader put in a query about this with the National Lottery.

“If you hold a winning ticket, you must claim your prize within 90 days of the applicable draw date.

“Your ticket is a bearer instrument, so treat it as if it were cash. It is the only valid proof of a game played and must be presented to claim a prize.

“You should sign the back of all winning tickets before presenting for payment,” is the instruction on the website under – how do I claim my Lotto/Lotto Plus prize.

Ms Fitzpatrick said over 90 per cent of those who play the lottery in her store are local.

“Unless it was someone going to Bruff or Kilmallock and they stopped for petrol but it is mainly people in the area. It is the biggest win we would ever have had,” said Ms Fitzpatrick, who has been running it for 12 years.

“I’d love to see it won. I’m really hoping someone will come forward, it would be great. It would be such a pity to see it go unclaimed,” she concluded.

The cut-off point is 5.30pm on Friday, April 15. If the owner does find it down the side of the couch they are advised to sign the back of the ticket and contact the National Lottery prize claims team on 01 8364444.

Around one third of all National Lottery games fund projects. Since it was launched, over €4.7 billion has been raised for good causes. This level of funding has made a significant difference to communities, projects and individuals in the areas of youth, sports, recreation, amenities, health, environment, welfare, arts, culture, national heritage and the Irish language.