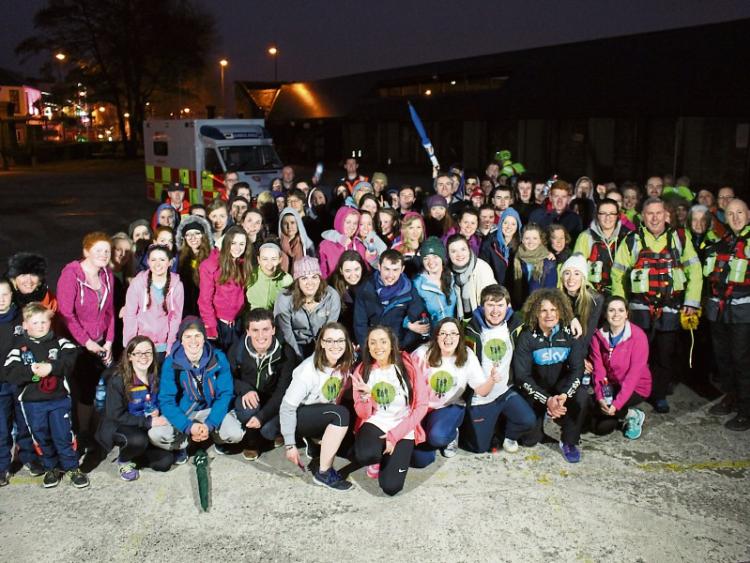 MORE than 230 third level students took part in a symbolic ‘walk and talk’ in aid of the suicide prevention charity Pieta House.

Organised by Alison Dervan, the vice-president of the Mary Immaculate College students’ union, the event raised over €2000 for Pieta House, which has its base in Mungret.

Students from Mary Immaculate College joined their counterparts from the University of Limerick and the Limerick Institute of Technology taking part in the ‘walk and talk’, which kicked off at the Potato Market and took in the three bridges.

It mirrored the route the Corbett Suicide Prevention Patrol (CSPP) takes when patrolling the river at night-time. They joined the event alongside Order of Malta.

The aim of the fundraiser, Alison said, was to show a united front in relation to the issues of mental health awareness and suicide prevention.

“The issues of mental health awareness and suicide prevention affect every community,” she explained. “The student unions of Limerick feel it is important to show we all stand together in raising awareness and much needed funds for Pieta House. Each campus has experienced suicide. It was time to show some solidarity and show when it happens in one campus, it affects all the others.”

The event was also backed by the Sports Partnership.