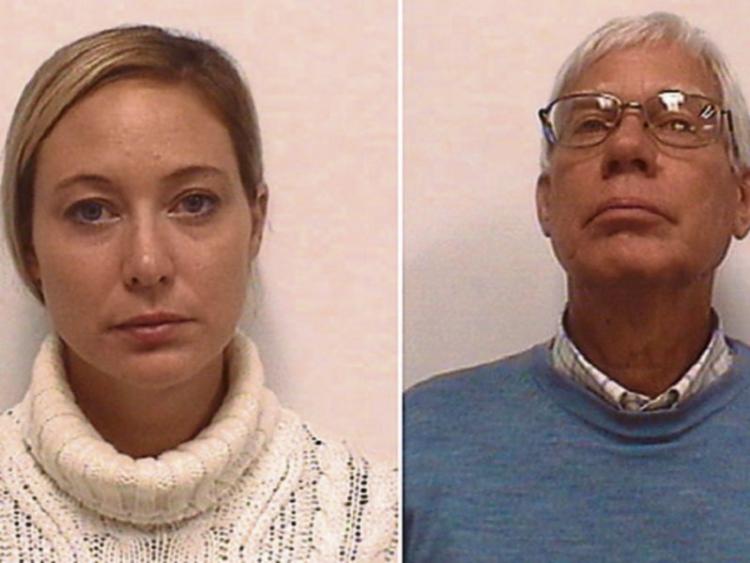 The accused: Molly Martens, 32, and her father Thomas Martens, 65, a former FBI agent

THE FATHER and daughter accused of the killing of Limerickman Jason Corbett in North Carolina last August are due back before the court again in May, while a date for trial has yet to be set.

The 39 year-old father of two, whose first wife Mags Fitzpatrick died tragically, died as a result of being beaten at his home in Wallburg with an aluminium baseball bat and a paving stone, according to autopsy results.

Ms Martens Corbett and Mr Martens have both pleaded not guilty to charges of second-degree murder and voluntary manslaughter.

Both are currently on bail of $200,000 each since January, and were ordered to give up their passports and not to have any contact with Jason Corbett’s family, including his two children, Jack and Sarah, who were the subject of an intense custody battle days after Jason's death.

A US court last week heard that Ms Martens has been receiving death threats and harrassment since his death, according to Walter Holton Jnr, who represents Ms Martens.

Judge Kevin Bridges said anyone associated with the case should refrain from taking part in any harassment of the accused.

Her second lawyer, Cheryl Andrews, also raised concerns about how the evidence was being handled by the local police force investigating the case.

Ms Andrews said she was concerned about the timing of when some of the documents were being turned over by the Sheriff's Office as discovery.

Judge Bridges asked the DA's office to direct the sheriff's office to provide all relevant materials in the investigation to the defence teams.

Davidson County DA Garry Frank said his office had turned over reports as it had received them.

Mr Holton said he would be filing a motion for a change of venue to a different county in North Carolina to ensure a fair hearing of the case.

Mr Holton also claimed that Molly Corbett has received voicemails from Jack asking her to call him in what they believe is an attempt to get her to violate a court order.

Holton said that people from the Justice for Jason Facebook page have extended threats to Molly Corbett’s uncle and aunt, Mike and Mona Earnest.

The case will return before the court on May 30 for a further administrative hearing. A trial date has not yet been set.