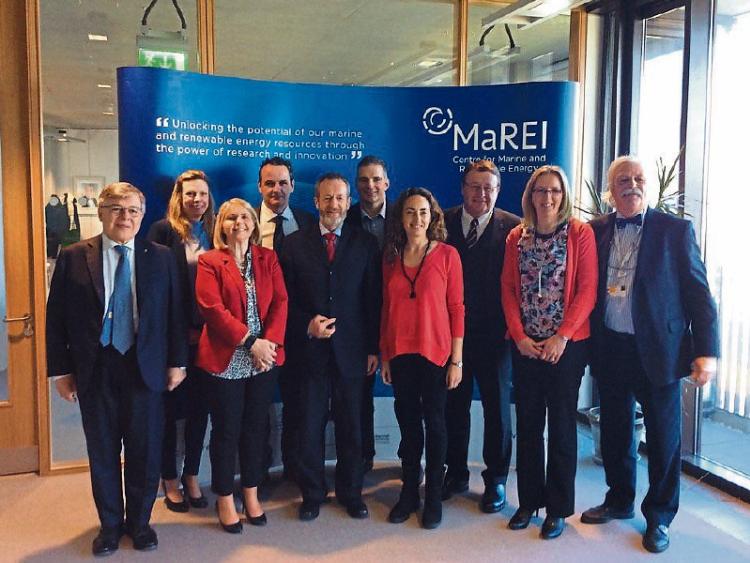 THE threat of a British exit from the EU is another strong motivation to push ahead with the Shannon LNG project in order to protect Ireland’s energy security in the future, according to Fine Gael MEP Sean Kelly.

Mr Kelly made his comments following a meeting between company representatives and a group of MEPs last week. The briefing also included a presentation from Shannon Foynes Port Company.

The members of the group, he added, were “positively disposed” towards the project. “They could see not only the logic but the necessity for it,” Mr Kelly said.

He claimed that several members of the group were “surprised” by the fact that the project had run into so many obstacles since it was granted planning permission by An Bord Pleanala.

He also pointed out that the backers of the plan told him that the support from Europe for the project was “keeping it alive” and that if they could get clarity on the tariffs issue, it would remove another big stumbling block to the project.

Mr Kelly said that the potential British exit from the Eurozone offered another strong motivation to develop the project.

“We have been dependant for years on the interconnector from Britain and if the UK leaves the EU then we become almost an energy island,” he warned.

The MEP for Ireland South has been a strong advocate of the project to develop the €600m terminal for liquified natural gas at Ballylongford on the Shannon Estuary. Backers of the project say it could create over 600 jobs during the construction phase and employ about 50 people full time when up and running.

However, the project - first mooted in 2006 - has been delayed by a series of disputes with the energy regulator over a requirement that the company would have to pay tariffs towards the cost of a gas interconnector with Britain.

Mr Kelly believes, however, that Shannon LNG has the potential to “significantly boost gas supplies across Europe”.

“The Shannon LNG project in Kerry was cited by the European Commission as a future strategic hub for Europe’s gas supply in recent months. That means it is now eligible for low cost financing from the European Investment Bank (EIB).

“The Commission is focused on supporting gas hubs such as this one which, when combined with a fully interconnected and well-functioning European market, can increase supply security across the Union and allow Shannon to become a key gas import point for the EU,” he said.

“My fellow MEPs and I will be reviewing the Commission’s forthcoming strategy for the LNG supply in Europe this autumn, so today’s meeting is timely and of huge interest to the delegation who will be key decision-makers in shaping future EU policy.

“I have often highlighted the potential of the Shannon LNG project which could boost Europe's gas supply at a time when we urgently need to secure our energy supplies,” Mr Kelly added.

The MEPs who visited the region last week belong to  the European Parliament's Committee on Industry, Research and Energy.