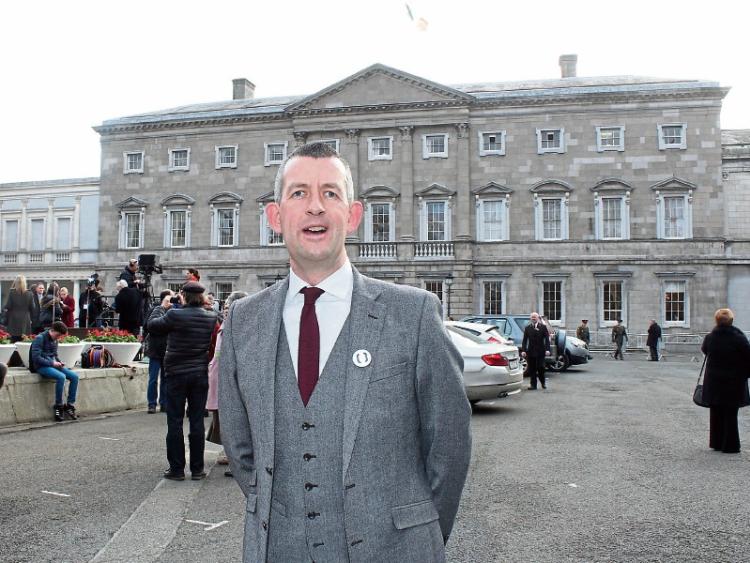 AS the Dail resumes to elect a Taoiseach this Wednesday, a Limerick TD has called on Fianna Fail and Fine Gael to “stop the shadow boxing and poxy wars” and come to an arrangement.

Sinn Fein Deputy Maurice Quinlivan made the call, with it looking almost certain that, for a second time, no head of government will be elected - 40 days after polling - today.

He was supported by Labour TD Jan O’Sullivan, who said: “The sooner they get to talking about it, the better.”

The pair have played down talks of a second election in May – but Willie O’Dea said a fresh poll is “more possible now” than it was when the 32nd Dail first met last month.

The Fianna Fail TD also said: “I don’t think there is a hope in hell of a Taoiseach being elected.”

Mr Quinlivan – whose party has ruled out entering governmental talks – said: “There has been a lot of phoney wars going on. I don’t think there has been any genuine conversations with the Independents, because I do not think there are the numbers there. It has to be a Fine Gael-Fianna Fail government or else the only alternative is an election nobody wants.”

He said he would take claims of a May 20 election “with a pinch of salt”, adding: “It would be a brave, brave party who would force an election on people at the moment.”

Sinn Fein, Mr Quinlivan added, will likely be nominating its president Gerry Adams for Taoiseach, even though he stands no chance of being elected.

Ms O’Sullivan said: “I really do not think an election is going to solve anything. The policy positions of the two main parties are not so far apart they cannot work something out. Whether that is good or not for the country is one thing. But we need a government.”

After the Green Party’s two TDs pulled out of negotiations, its leader Eamon Ryan questioned why Labour was not entering talks.

Ms O’Sullivan added: “If we go in with just seven, with two right-wing parties, and what is likely to be right-wing Independents, our voice will be much smaller than it was previously.”