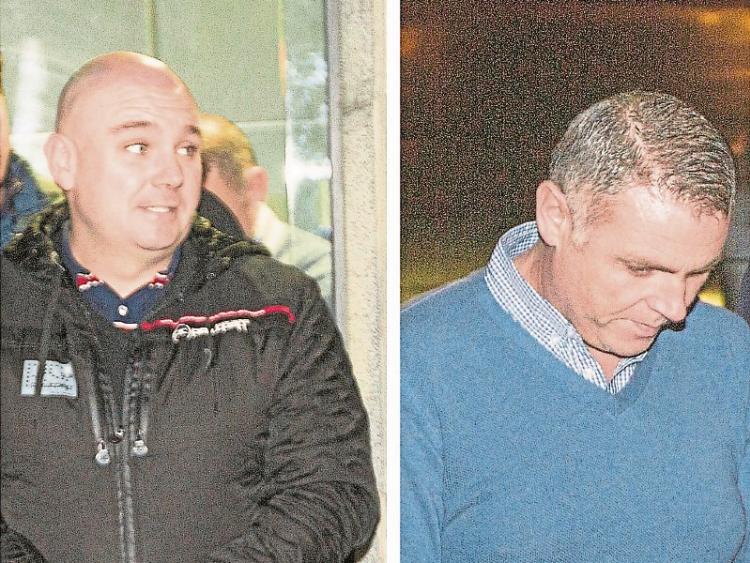 TWO Limerick brothers are facing the prospect of lengthy prison sentences after they pleaded guilty to drugs offences.

Kieran Collopy, aged 40, of St Ita’s Street, St Mary’s Park and Brian Collopy, aged 43, of Kilonan, Ballysimon have admitted possession of heroin, worth around €50,000 for the purpose of sale or supply.

Yesterday, at Limerick District Court, the defendants formally signed guilty pleas, ahead of their appearance before the circuit court.  Both men were arrested on December 15, last after gardai – led by members of the divisional drugs unit – searched a house at St Ita’s Street, St Mary’s Park following a lengthy covert operation.

The brothers have been in custody since as they were refused bail a number of days later after investigating gardai objected saying they feared they would flee the jurisdiction, if released.

Brian Collopy, who is in receipt of disability allowance, left the country on 11 separate occasions over the past 18 months and – along with his brother – has access to an apartment property in Benidorm in the south east of Spain.

Kieran Collopy travelled outside of Ireland five times during the same period.

It was previously indicated by solicitor John Herbert that ‘signed pleas’ would be entered by his clients and the documentation was formally signed yesterday afternoon.

When asked by Judge Marian O’Leary, Brian Collopy identified his signature saying: “Yes that’s my signature” while his brother said: “It is yeah”.

Sergeant Donal Cronin said the DPP consented to the case being sent forward to the Circuit Court and he informed the court that because both men had entered signed pleas of guilty, a book of evidence had not been prepared.

Judge O’Leary granted an application to extend the defendants’ legal aid to include both a barrister and a senior counsel in each case.

The case was then formally sent forward to the present sittings of Limerick District Court, which run until the middle of May.

A sentencing date is expected to be confirmed early next week.