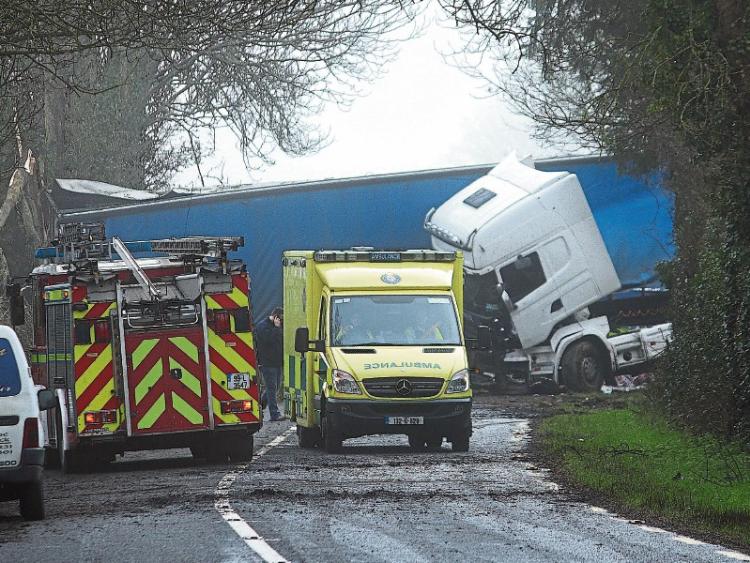 The jacknifed truck on the N24 in Limerick Picture: Michael Cowhey

THERE were long traffic delays on the N24 in Limerick after a truck jack-knifed and shed part of its load this Monday morning.

The accident occurred around 8.30am this Monday morning on the Pallasgreen side of Dromkeen, said the AA. Both lanes were blocked for a number of hours.

The road has since-re-opened. There are no reports of any injuries at this time.

Limerick Traffic – N24 between Pallasgreen and Dromkeen now re opened