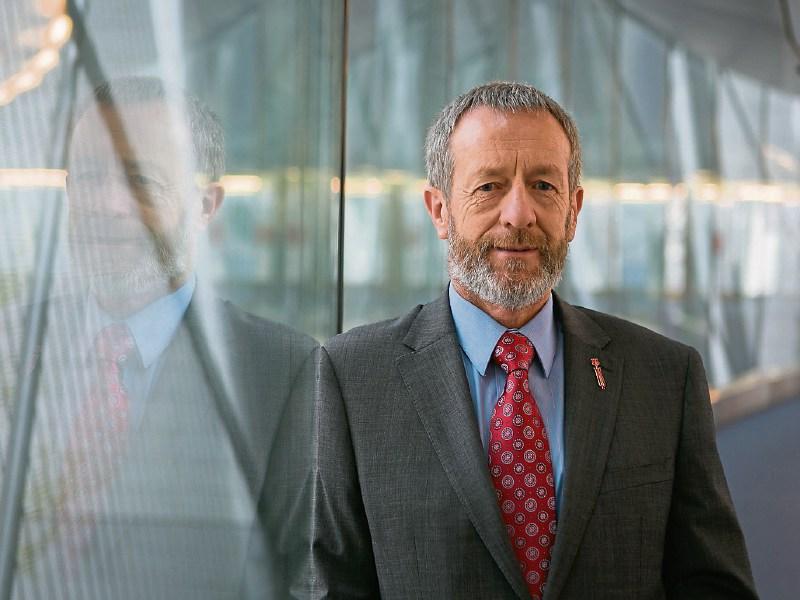 THE long-delayed plan to build a liquefied natural gas plant near Ballylongford could still be a runner, Seán Kelly, Fine Gael MEP for Ireland South said this week.

His comments came just hours before he welcomed a delegation of MEPs to Limerick to meet representatives of Shannon LNG, the company which was behind the project.

The project, if it were to proceed, could lead to an investment of up to €600m, create hundreds of construction jobs and up to 50 permanent jobs.

But, according to recent reports in the business press, Shannon LNG has now been sold off by its parent company, the US-based Hess. And the identity of the new owners has not yet been revealed.

However, Mr Kelly remains confident that the project has a future. That future, he believes, is tied in with energy security for Europe.

In a statement issued after the meeting between company representatives and a visiting delegation of EU policymakers - a briefing which included presentations from representatives from Shannon LNG and Shannon Foynes Port Company - Mr Kelly said: "Shannon LNG's potential to significantly boost gas supplies across Europe was made clear today.

"The Shannon LNG project was cited by the European Commission as a future strategic hub for Europe's gas supply in recent months. That means it is now eligible for low cost financing from the European Investment Bank (EIB). The Commission is focused on supporting gas hubs such as this one which, when combined with a fully interconnected and well-functioning European market, can increase supply security across the Union and allow Shannon to become a key gas import point for the EU.

"My fellow MEPs and I will be reviewing the Commission's forthcoming strategy for the LNG or Liquefied nitrogen gas supply in Europe this autumn, so today's meeting is timely and of huge interest to the delegation who will be key decision-makers in shaping future EU policy.

"I have often highlighted the potential of the Shannon LNG project which could boost Europe's gas supply at a time when we urgently need to secure our energy supplies," Mr Kelly added.

The proposed terminal at Ballylongford and the gas pipeline to the national gas grid at Foynes are now listed as a key European Project of Common Interest, Mr Kelly said, and part of a move to integrate Europe’s energy markets and diversify sources.

This designation, according to the MEP, is of huge significance, as it opens up the possibility that Ballylongford could supply not just the Irish market but the European market.

There could also be increased funding opportunities under the Connecting Europe facility, Mr Kelly said, and the possibility of assistance under the European Fund for Strategic Investments should help the project.

The proposal to build a plant on the land-bank in Ballylongford to convert liquefied natural gas and pipe it into the national gas grid was first mooted in 2006.

But there were delays in obtaining the necessary permissions and this was followed by a dispute with the Commission for Energy Regulator over whether or not Shannon LNG would have to pay towards a gas interconnector with Britain.

When the company lost that battle, a further issue arose over the level of tariff to be imposed.

“They just saw it as bringing gas into Ireland and competing with Bord Gais,” Mr Kelly said. “That is still part of the strategy but there is a bigger strategy there, to be part of European energy security and diversity of supply.”

And he was confident that Shannon LNG was now convinced of the bigger strategy also.

”While there is life, there is hope,” Joan Murphy, chairperson of the Tarbert Development Association said this Wednesday. “Shannon LNG is still a runner, that is for sure.”

She confirmed they had been told that parent company HESS had sold on Shannon LNG but they had no information beyond that. However, she added, as far as they were concerned in Tarbert, Shannon LNG is still very much there.

”We see no reason why we shouldn’t back Shannon LNG,” Ms Murphy added. “North Kerry and West Limerick need jobs.”

In the past, plants such as Aughinish and Wyeth had come and stayed, she said.

“We need something similar to boost employment in North Kerry,” she said.

A project such as Shannon LNG she said would generate hundreds of construction jobs for a number of years and then 100 permanent jobs.

Mr Kelly said he wanted the port in Foynes to be included as part of the European shipping corridor, he said, which would require Foynes to have good road and rail links.

The design for a new road linking Foynes and Limerick was going ahead, he pointed out and he was confident that funds could be found to upgrade and re-open the railway line. Foynes is a port with huge potential, Mr Kelly said.