Limerick Bishop calls on thieves to 'examine their conscience' 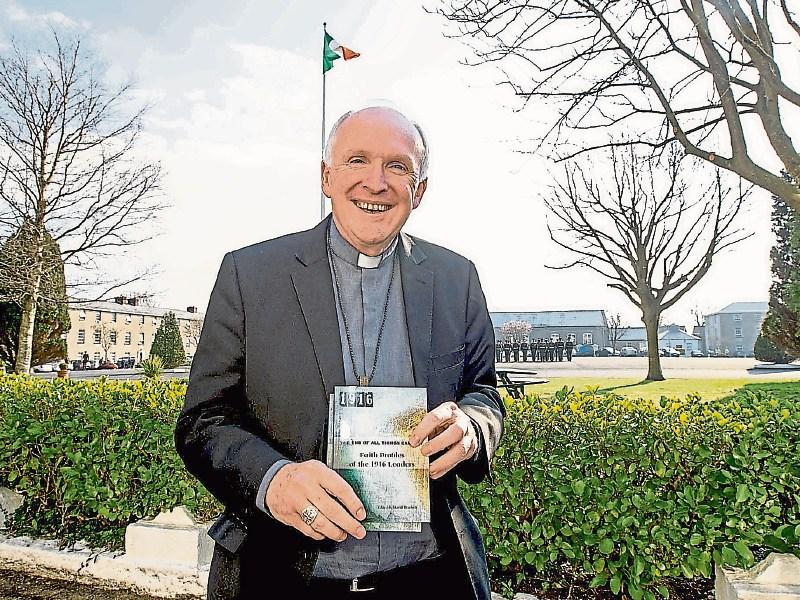 Bishop Brendan Leahy: Church will ‘get over’ theft

THE Bishop of Limerick, Brendan Leahy, has urged those responsible for two local church break-ins over Easter to “examine their conscience”.

Burglars ransacked the sacristies at St Paul's Church in Dooradoyle and St Oliver Plunkett Church in Mungret and stole close to €1,000 between Easter Saturday evening and Easter Sunday morning.

Gardai at Roxboro are investigating the thefts, which have been described as “sickening” and “maddening” by St Paul’s priest Rev Noel Murphy, and “despicable" by local councillor James Collins.

Two men were arrested following the incident, but were released without charge pending directions from the Director of Public Prosecutions.

The culprits smashed rear windows to gain access to the sacristy areas, and a sum of cash was taken during each break in.

The safe was broken into in St Paul's in Dooradoyle with the offerings for Easter Ceremonies and a special collection for the Holy Land stolen.

”This was money donated to the Church for activities such as supporting priests in their daily ministry to the people and also from the Holy Land collection for the protection and preservation of sites associated with the life, death and resurrection of Jesus,” he said.

He said while the church will “get beyond” the money stolen, the “intent” and “sense of intrusion” is perhaps the more upsetting.

”For the priests, the sacristans, but also, of course, parishioners who donated these funds and who would be appalled by such offences committed on their place of prayer and worship,” the Bishop added.

The thefts at the two churches were denounced from the altar at Easter Sunday Mass in St Paul’s Church by local Parish Priest Fr John Leonard.

He said it appears those responsible were not amateurs and knew what they were doing.

“They removed a large pane of glass in what we would call the Blessed Sacrament Chapel, which is adjoining the main church. Then they just burst in through a door which had two locks in it into the sacristy. In the sacristy, they had to use tools to get the safe out of where it was. It was embedded in concrete and screwed into the concrete,” he explained.

Local Fianna Fail councillor Collins, who was at the Easter Sunday Mass, said: “No premises is sacred from thieves anymore, it seems. It is a despicable act, especially during Easter.”

Anyone with information is asked to contact Roxboro Garda Station at 061-214340.