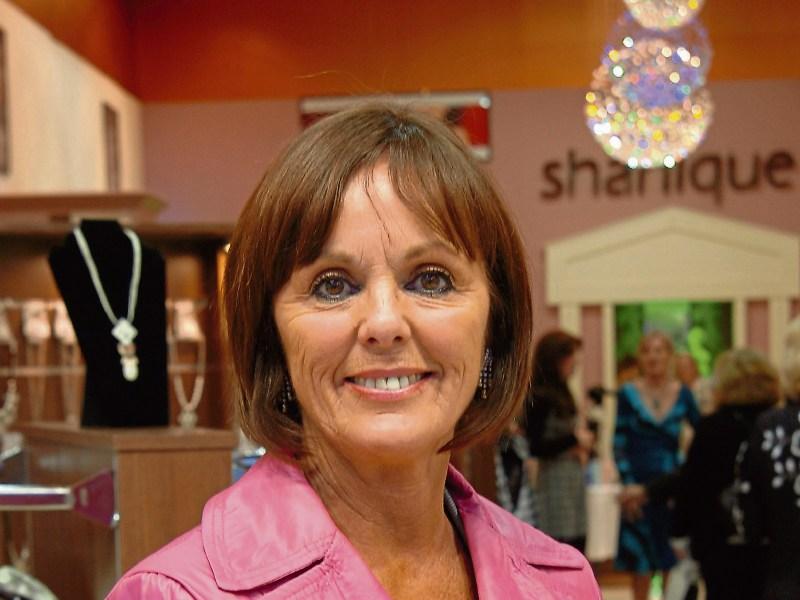 PROMINENT model agent Hilary Thompson has spoken of her shock and disbelief following a recent burglary at her home.

Investigations into the burglary, which happened almost two weeks ago, are continuing but so far none of the stolen property has been located by gardai.

Speaking this Wednesday, Hilary revealed the house was broken into while she and her husband were away on a short break visiting relatives.

“I opened the door when we got home and I saw the presses open and thought ‘that’s very strange’. There were flowers on the ground and that type of thing and then I went from there upstairs and it was ransacked so it is just thought of these people coming into my home,” she told Limerick’s Live 95FM.

“I was in total shock and I just started screaming ‘We’ve been robbed, we’ve been robbed’ and my husband and son were just saying ‘calm down, calm down it will be okay’. I think it was just disbelief at first that this would happen and the shock set in a couple of days later,” she added.

While praising the response of gardai, Hilary says it was like being in an episode of CSI when her house was being forensically examined the following day.

“It’s very strange, very weird, it’s just like as if you are watching something and you feel as if this is not my home and then you are trying to keep out of their way but you don’t want to leave the house but at the same time you do.”

While several items were taken from the house by the culprits, including jewellery of sentimental value, Hilary says it’s the invasion of her home and privacy which was most upsetting.

“Everybody’s home is their castle and I love my home and I just found it very invasive being burgled and thinking of strangers being around your home,” said explained comparing it to an outer-body experience.

Since the burglary, Hilary says she has developed a compulsion to clean the house and has had difficulties sleeping.

She said she is resigned to the fact she is unlikely to get any of her property back. “If I do it will be great, it will be a miracle,” she said adding that while gardai did recover property stolen during other burglaries, none of it belonged to her.